Just a week after teasing that a brand new album is currently in the works, Thrice has given their fans even better news. On Monday (Jan. 19), the California band, who recently came out of hiatus, announced plans to hit the road this summer. The North American trek is set to begin on June 3 at the Shrine Expo Hall in Los Angeles and wrap up less than a month later on June 25 at The Summit Music Hall in Denver.

Heading out on the road alongside Thrice will be La Dispute and Gates. Pre-sale tickets for the shows are currently available on the band’s website here. The complete list of upcoming tour dates can be seen below. 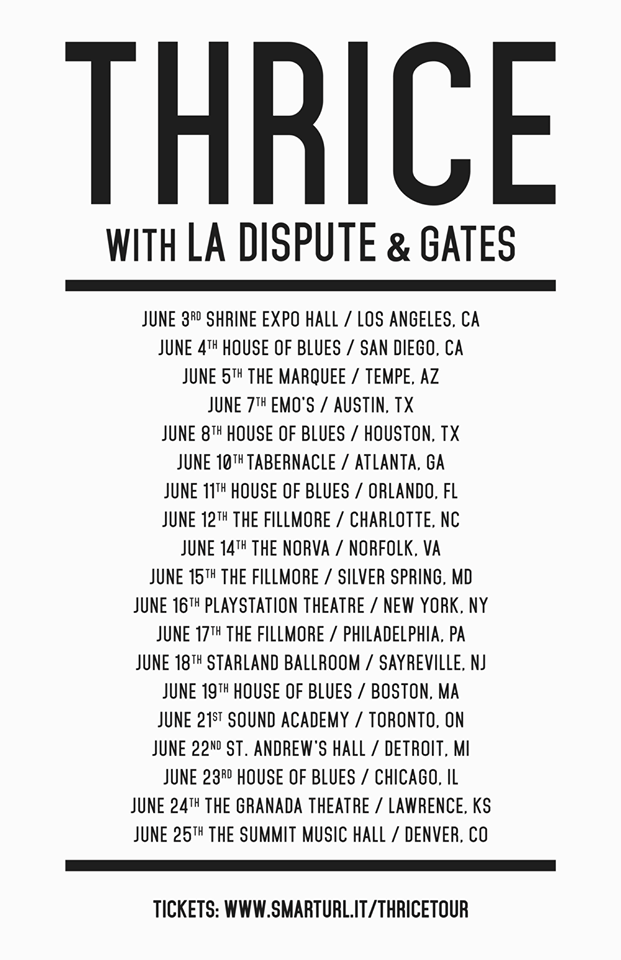 The news of the upcoming summer excursion comes more than a year after speculation of the band’s return began. At the end of 2014, the band had posted an image on their Tumblr with “Thrice” and “2015” written on it. At the time, fans began to gossip that the message meant they would be reuniting for the tenth anniversary of their fourth studio album, Vheissu. Sadly, the group did not go out on a Vheissu tenth anniversary tour, but they did play several shows including the resurrection of Taste of Chaos in California back in October of 2015.