With exactly a week until the premiere of the newest installment of FX’s hit show, American Horror Story, we have now gotten the opening credits for it.

Considering the fourth season has been named Freak Show, it should not come as a surprise that the opening credits’ music is beyond creepy which could probably;y soundtrack the worst nightmare you have ever had.

Aside from the ominous music, we also see many aspects of a traveling carnival including a carousel or at least the shadows of one, an unknown clown twisting and popping a balloon animal, and clowns, lots of creepy clowns, so if you are scared of them, maybe you should look away.

With the release of the opening sequence today, we also received another trailer for the series that not only introduces us to the majority of our new characters, but also the nightmare-worthy villain, Twisty the clown. If you weren’t scared of clown before, you just might be after this series wraps.

Leave it to Ryan Murphy to make Halloween last more than 24 hours.

In exactly a month, the freak show will be airing on our television screens. If you aren’t sure what we mean by that, we’re talking about the fourth season of FX’s hit show, American Horror Story.

Like with every season, there has been a completely out there story as the plot of the season. Fans were led to believe early on that this season would be circus or carnival themed and creator Ryan Murphy confirmed that the assumption were almost right; the story would be “Freak Show.”

For the past weeks, pictures and teaser have been airing and now, a full extended trailer has been released. The trailer features the stars of this season in their new characters. Sarah Paulson and her conjoined twin, Angela Bassett as a three-breasted wonder, and Kathy Bates as the bearded lady.

Just all in the mind (and day) of the Glee creator.

Check out the extended trailer below and don’t forget American Horror Story: Freak Show premieres on Wednesday, Oct. 8 on FX. 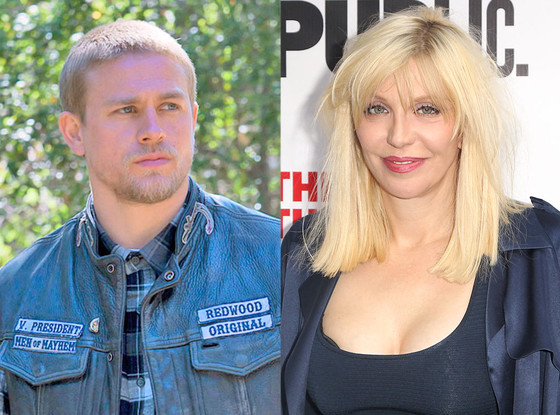 Watch out Jax Teller, Courtney Love is coming to Charming.

It was confirmed today that the Hole frontwoman will be making an appearance on Sons of Anarchy this season, the show’s seventh and final season.

Love will play Ms. Harrison, the preschool teacher of Jax’s eldest son, Abel. According to reports, it’s a pivotal role and her debut is set to happen during the fourth episode of the season.

While this will be Love’s first dramatic TV role, it isn’t the frontwoman’s first acting gig. In 1997, she was nominated for a Golden Globe for her work in The People vs. Larry Flynt and even starred opposite Jim Carrey in 1999’s Man on the Moon.

Love won’t be the only rocking co-star to be appearing during FX’s  hit show’s swan song season. A couple of months ago, it was revealed that shock rocker, Marilyn Manson will also be set to appear on the show.

Manson, who is predominately known for his extreme performances and persona, will be playing Ron Tully, a white supremacist prison shot-caller who Jax uses to expand his power base.

While no specific dates have been given as to when either episodes are set to air, we can assume that it will be interesting to see these musicians take on role not quite like the ones they tend to portray on a stage.

Marilyn Manson has added several television and film credits to his biography and now, the shock rocker has booked a bigger role than those on Eastbound & Down and the few film roles he has had.

It has been confirmed that Manson will have a recurring role on the upcoming season of FX’s hit biker drama, Sons of Anarchy. The rocker will play a white supremacist named Ron Tully during the seventh season of the series which will begin airing new episodes in September.

What some may have not known, more maybe did, Manson whose real name is Brian Warner, was determined to get onto the series in order to make his father, Hugh, proud.

“Sons has been such a big part of my life, as well as my father’s” Manson said in a press release. “So I was determined to make him proud by being involved in what will probably be remembered as the most amazing piece of television cinema. After all, the very heart of SOA is about that relationship. So, now all I need is a motorcycle.”

The news comes two weeks after Manson’s mother, Barbara passed away at the age of 68 after battling dementia. In a Facebook post following her passing, he wrote: “I hope I see you again someday. But not now, because I have more things I promised I would do. I’ll make you proud and satisfied that you know you made the son you wanted.”

And it seems he is keeping to his word. Sons of Anarchy star Katey Segal, Ron Pearlman and Charlie Hunnman and has been a mainstay on FX’s line up, but sadly will call it a day at the end of this season, though according to some of the crew on the series, creator Kurt Sutter had pitched a prequel type series set in the 1960s and FX was looking into it.