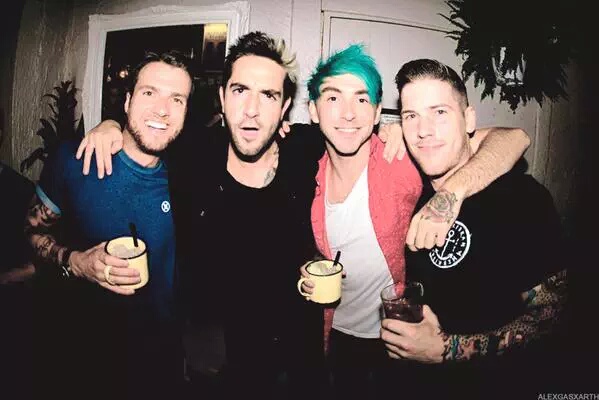 A few weeks back, the guys from All Time Low began to tease images on social media and advising fans to keep an eye out because something big was coming. At the time, the band’s multitude of fans began to speculate that they may release new music, but no definite answer was given by the band members. On Thursday (July 7), the Baltimore-founded band announced the release of their second live DVD. The DVD set which will feature a DVD and a CD will be titled Straight to DVD II: Present, Past, and Future Hearts; direct references to their previous DVD release (Straight to DVD) and their recently-released record (Future Hearts).

“Surprise! You can now pre-order the long-awaited sequel to STD,” the band wrote on Twitter with a link to their website where pre-orders are currently ongoing.

Like the 2010 release, which found the band performing at New York’s massive venue, Hammerstein Ballroom, Straight to DVD II  was filmed when the band performed London’s Wembley Arena. In addition to the performance, the DVD will also feature a slew of behind-the-scenes footage, two previously unreleased B-side tracks, and even some guest appearances like Josh Franceschi from English band You Me at Six. Check out the teaser for the upcoming release below as well as the track list for the CD/DVD combo.

Straight to DVD II: Present, Past, and Future Hearts  is set to be released on Aug. 26 through Hopeless Records. In support of the CD/DVD release, All Time Low will be hitting the road this summer with Blink-182 for their massive summer tour. Tour dates for that can be found below.

A few years ago, the name “5 Seconds of Summer” may have not meant anything to anyone. Now, in 2015, the name is associated with a band whose most recent album made its way up to the top spot on the Billboard 200 chart and will most likely have a sold out arena tour on their hands come 2016. Quite a feat for a group that formed in 2011.

Now, the group has decided to give their fans a behind-the-scenes look at just how they went from nobodies to selling out London’s Wembley Arena for several nights. On Monday (Nov. 2), the band posted a video on YouTube which turned out to be a trailer. The trailer is for their upcoming concert documentary DVD/Blu-ray, How Did We End Up Here?

For anyone familiar with the band’s discography, the name of the documentary is a direct reference to their song, “End Up Here” off of their self-titled debut. The documentary will reportedly follow the band’s rise to fame (“from their very first gig in Sydney in 2011”) and include their three consecutive sold out shows at Wembley Arena. In addition to that, there will be documentary segments, behind-the-scenes featurettes, bonus performances, as well as a ‘Live at Wembley Arena’ concert. With everything combined, it appears the DVD (or Blu-ray) will have a runtime of three hours.

Check out the trailer for How Did We End Up Here? below.

How Did We End Up Here? will reportedly be released on Nov. 23; an exact month after the release of their latest album, Sounds Good Feels Good. Pre-orders for the DVD/Blu-ray are currently available on the band’s website. 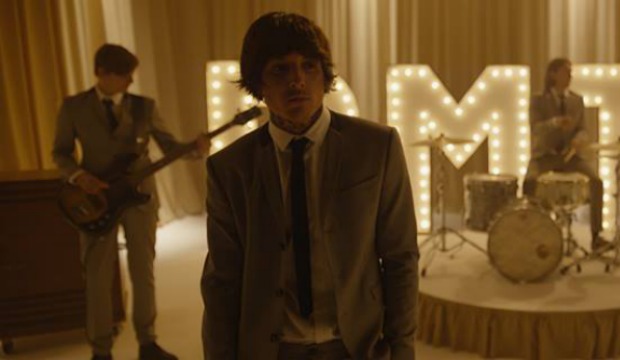 If you happen to be one of the many Bring Me the Horizon fans who are eagerly awaiting the release of the band’s Live At Wembley Arena DVD, then we have some bad news for you; the release date has been pushed back, again.

The band announced the news earlier today on Twitter and Facebook, but reassured their followers that the extra wait would be worth it in the end even including their recently released video for “The House of Wolves” which was also filmed during the DVD’s recording.

Heads up, the Live At Wembley DVD will be coming later than planned this summer. Don’t worry, it’ll be worth the wait http://t.co/sf54jjTMnC

Last December, the band announced that the DVD/CD which features the group performing at their sold out show at Wembley Arena in London was set to be released in March of this year. March has now come and gone and the DVD still has yet to be seen.

It was then announced about two weeks ago that May 29 would be the official release date for the DVD, but as we all now know, it won’t be happening. As of now, the band are aiming for a Summer release, at least according to their social media accounts. 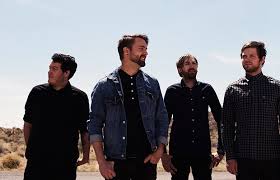 Fans of the Dangerous Summer thought that back in 2012, it would be a great way to show support for the band by donating money to their Kickstarter campaign. The campaign was to raise $14,000 to fund a documentary in April of 2012, but not it’s 2014 and those fans have not seen the release of the DVD, or at least the official version of it.

Property of Zack had managed to get their hands on some of the “lost” footage from the documentary, but other than that, there has been nothing. Today, the band or more like guitarist Cody Payne, have finally felt the fire from the fans and have released a statement about the footage and the DVD.

The full statement from Payne can be read below:

“Sorry for letting you all down, this is 100% my fault and I understand the hate, disappointment and speculation. Just please try and understand how hard it is making a DVD when you have never done it and there were a lot of things that went unaccounted for when planning this thing.

This is not something we can simply refund as the money raised was used to make the DVD which the original version (which we personally were not satisfied with and wanted to redo) has been released in segments online at http://vimeo.com/jmvisuals and if you would like to listen to the hour long concert it is available at https://www.mediafire.com/folder/4sdc6i5a5ls7o/TDS I have learned that some people do not have any appreciation for artistic integrity and are simply consumers with needy hands.

Due to all the complaints we are just going to be releasing the original version. Most of the prizes, especially the more expensive ones have been fulfilled and more will continue to be fulfilled as I can come up with the funds out of my personal wallet. This may take some time but this is my fault and im going to have to take responsibility. once again sorry for letting you down,