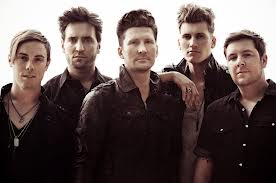 Today, fans of central Florida-based band, Anberlin were given the sad news that the band would be calling it a day. The group, who have been together since 2002, have decided that it would be better to go out on top instead of fading into oblivion.

The news all began when members of the band started to tweet the band’s official website onto the social media site. Once the link was clicked, it led to a video with a Helen Keller quote in the first frame. The quote read, “What we have once enjoyed, we can never lose–All that we love deeply becomes a part of us”; a sad foreshadowing that was soon confirmed.

While they have announced the eventual disbandment, the band are not leaving fans empty-handed. They have revealed that they will be putting out their final album in 2014 through Tooth & Nail, their original record label. Along with that new record, they have revealed the plans to travel the world one last time together on tour and end the band’s career in a hurrah of hugs.

So tell us, how do you feel about Anberlin’s calling it a day later this year? 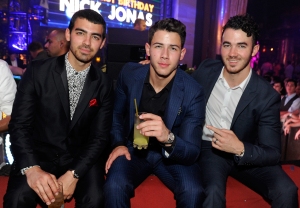 Well, Jonas Brothers fans, we are sad to report that the brother band have officially called it quits.

Tensions had been brewing for the last month between the three members, but things look like it took a turn for the worse with the brothers officially calling it a day.

Originally, the brothers were supposed to head out on a new tour a few weeks back. Two days before the first tour stop, they cancelled the entire thing. At the time, there was no word on what caused the cancellation, but fans were assured it had nothing to do with older brother, Kevin’s wife being pregnant.

Later, it was revealed through their manager that there was a “deep rift” between the band concerning the direction that their new music would go.

Then, in a move that stunned a lot of fans and casual listeners, their Twitter account had been deactivated, fueling more rumors of the end was near for them. Last week, both Nick and Joe had both tweeted messages asking fans to give them some time, (Joe went with more of the let us get our s–t together approach).

Now, the end had finally fallen on the band as they revealed to People Magazine, who broke the initial story, that they have indeed disbanded.

“It’s over for now,” said Kevin to People.

“It was a unanimous decision,” added Joe.

Nick followed it up by saying, “It’s really hard to say ‘forever,’ we’re closing a chapter, for sure.”

The magazine also reported that things came to a head while they were in a business meeting on October 3. Nick voiced his concern about the direction that the band was going and their future.

“I was feeling kind of trapped; I needed to share my heart with my brothers.” he said.

For those not familiar, the band all started because of Nick who was already a Broadway performer by the time he was 7. He was shopping around demos at that time which featured his brothers on it.

But while Nick might have been the brains behind calling it a day, things had been spiraling out of control. Recently, rumors also began that middle brother, Joe, might be battling some of his own demon when he was seen hanging out with renowned addiction specialist Mike Bayer.

One question does remain, what’s going to happen to the Bonus Jonas?

What we thought was just a simple breakup story between Florida’s Go Radio has turned out to be a lot more messy and dramatic than the initial story went.

The last time we were updated about the drama surrounding the abrupt break up of the band, we saw frontman Jason Lancaster defending himself and his point of view on the matter following the letter two members of the band published on Facebook bout their break up. Lancaster took to his personal blog to explain what had happened, in his words following many personal attacks at him from “fans” (we use the term lightly here of the band.

In today’s edition of the soap opera that has become “The Disbandment of Go Radio,” Alex Reed and Steven Kopacz, the two who wrote the original letter on Facebook claim that Lancaster cut off all communication with the band once Warped Tour had wrapped. The two former members were speaking with Alternative Press about what was going on when that piece of information was released.

According to Reed and Kopacz, there was a sinking feeling that the band was falling apart and then they heard that Lancaster was speaking with the band’s label, Fearless. They assumed it has something to do with Lancaster and a solo album, but to this day, they still don’t know the actual conversation.

Read a snippet from the actual interview below or the full thing at Alternative Press’ website.

Jason also went on to say that he didn’t know the statement was coming out. He said he was completely taken by surprise when the statement was released. Why was everyone not in the loop?
REED: Once Warped Tour had come to an end, he flew home, and we hadn’t heard a word from him—our management hadn’t, nobody. Jason has been living in Orlando with his wife for some time now. There was literally no communication at all between the three of us and him. You know, I think it’s kind of human nature when something like this ends to step back a little bit and kind of let it breathe. Like, we were never told that Fearless was ever informed [that we were breaking up]. We had to hear from our management that our record label already knew. That was a big surprise. I mean, we were taken aback by that; in a sense of why weren’t we involved in the conversation with Fearless? To this day, none of us have any clue what that conversation [between Lancaster and Fearless] entailed. It goes even further [when we] catch an Instagram post that all of a sudden he’s doing a solo song on a Fearless comp.

Once Warped Tour was done, our team came apart. Everybody moved on. So at this point, it’s just the three of us—and him in Orlando. The band’s over; we all wanna move forward with our careers, whichever way those careers go. And, you can’t do that if there’s still this anchor and this stigma that we’re all in this band together. You want to bring light to the situation, so I’m sure that’s what was going through his head. He wanted to get some closure, so he went ahead and called the label. With this, we hadn’t heard anything; we contacted certain people and never got a response. So, when we were thinking about posting it, Matt [Poulos, bassist] wasn’t even really there. We told him right before we posted it. He looked over it really quick and we just went through with it. Steve and I are really trying to move on and move forward and get the next thing going. In a musician’s world, if you take too much time off, it gets kind of scary; you disappear. There was no malicious statement behind that. My perspective on it was he was handling his things, in Orlando, by having his own personal conversations with the label and starting his own solo project, from what I can tell. But none of that was communicated with us, so I just saw that as him moving forward, and that made us feel comfortable to announce it.