We all love going to music festivals and u get upset when the price of tickets are so much that we’re literally “working for the weekend.”

Turns out, things aren’t that great either for those who actually throw the concert, especially when the rainy season decides to hit during a show.

According to the Chicago Tribune, Riot Fest now owes an estimated $182,000 for repairs needed to be done to Humboldt Park  after Riot Fest Chicago and the torrential downpour that occurred on opening night. In a shock that the festival probably did not expect, the price of the repairs for 2014 are nearly triple what they paid for 2013; $54,300.

Check out an excerpt from the Tribune’s story.

As a result, some stretches where grass seed was put down remain fenced off but should be ready for the public in the spring, according to the park district.

But Riot Fest aren’t the only ones getting this treatment from those who run Humboldt Park. The Tribune are also claiming that $260,544 worth of damage was done to Grant Park during 2014′s Lollapalooza. In total, the amount of money owed for both parks ended up at a whopping $442,544.

Guess Lollapalooza and Riot Fest are going to hope that the weather gods are little more friendly for 2015. 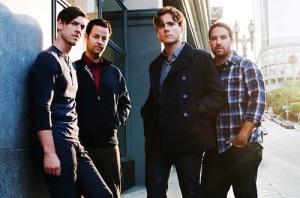 Jimmy Eat World fans, looks like the band might be giving some selected cities and early Christmas gift because the band announced earlier today that they will be heading out on a mini tour in December.

The band took to their Facebook page earlier today to reveal the news directly to their fans. Read the statement below:

“Good morning guys!
We’re really excited for our run in December. Here’s the full list of dates.
Tickets sales will begin Friday and Saturday for the shows not on sale yet. Check back here for links and more info tomorrow!

Before embarking on the US tour, the band will be hitting up Europe starting on November 6 in the United Kingdom. That tour is scheduled to wrap up in London on November 19 at the O2 Academy Brixton giving them a few weeks off before taking on the United States until New Years. 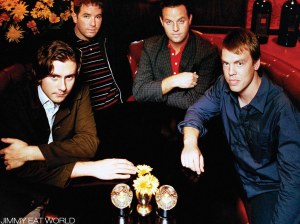 Jimmy Eat World have done what other bands have started to do as of lately; give the fans a scavenger hunt of sorts to unlock their new tracks.

Today the band had tweeted that each song would be released pending the fans determination to unlock certain tracks from their new album, Damage.

Instead of going the traditional route of releasing all the tracks at once via the internet or iTunes like many bands have been doing lately, the band decided to let the fans tweet each song to be able to unlock the track. Once there were enough tweets were received, a new song would then be unlocked. Hence the scavenger hunt-like thing.

About half of the new record had already been floating around the internet in the form of music videos and live performances which should come as no surprise to anyone.

Damage is the band’s eight studio album and is currently scheduled to be released on June 11th through RCA Records.

As if the new album and ahead of time stream of it wasn’t enough, Jimmy Eat World will kick off their US tour on June 30th. 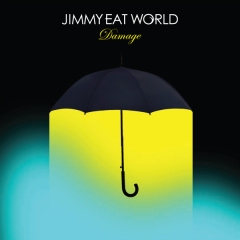 Just last week, Jimmy Eat World announced that they would be releasing a brand new album titled Damage on June 11th and now the band is streaming one of the new tracks, “I Will Steal You Back.”

Give the track a listen below: 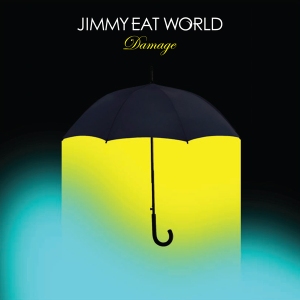 The boys from Jimmy Eat World have been updating fans on both Twitter and Facebook that they were currently hard at work on their eight studio album for some time. Now, the band have released a quick message on Facebook letting fans know that the new album will be called, Damage and will be dropped on June 11 through Interscope Records.

They have also released the track list for the album which can be seen here:

Appreciation
Damage
Lean
Book of Love
I Will Steal You Back
Please Say No
How’d You Have Me
No, Never
Byebyelove
You Were Good

Damage will be the band’s first full length album since their 2010 release, Invented.