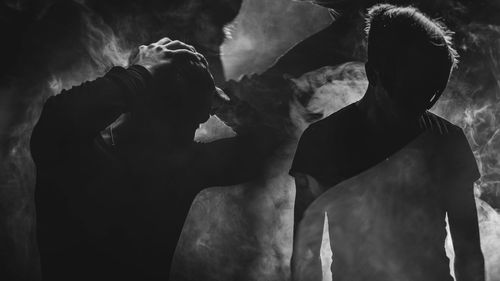 AFI side project XTRMST have released the music video for their recently released new song, “Conformist.”

The song which was officially released last month, is the band’s lead single from their upcoming debut album due out later this month.

Check out the music video for the track which features a group of people dressed in red morph-suits and one person in white.

AFI frontman Davey Havok and bassist Jade Puget announced the creation of the new side project back in March, but the information had been minimal since Puget confirmed the group would be made up of him and Havok.

Then, last month after their tour with Linkin Park and 30 Seconds to Mars had ended, they revealed more information about the band including that they were going to be a “straightedge” band with their debut album coming out on Nov. 18.

XTRMST will be the second joint side project Havok and Puget had worked on. A few years ago, they lanced an electro-duo group named Blaqk Audio.