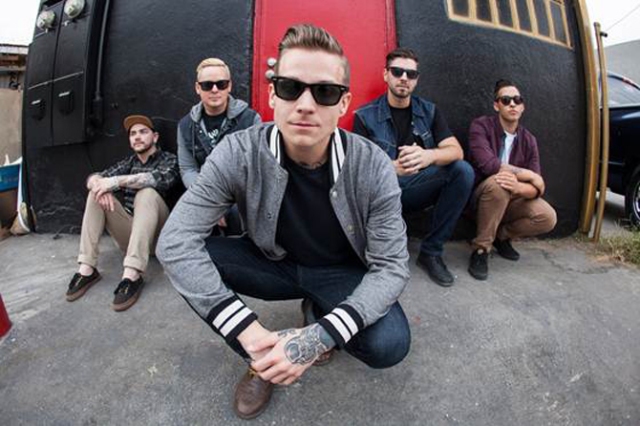 Broadside have been making waves over the past year with their pop-punk sound. Now, the Virginia-based band are giving fans, and newcomers alike, something to laugh at with their new music for “Come & Go.”

The music video begins with the band’s tour van breaking down, a problem most young bands have to endure. Of course, they’re left wondering just how they can remedy the situation since bands in their early years aren’t exactly known for banking. That’s when a bunch of fluorescent posters come into play.

The posters are ads for an amateur roller derby competition with the winners earning a “huge cash prize.” With the guys strapped for cash they do the only logical thing; enroll in the competition. Check out the music video for “Come & Go” below and watch as the “Broadsquad” get their butts kicked.

“The majority of us have never been on a pair of roller-skates, we are more comfortable with skateboards, so we knew this was going to be a fun challenge,” Broadside vocalist Ollie Baxxter explains about the making of the video.

“For the video, we thought about doing something like a 1970’s roller rink party, or an old-school battle of the bands, but we finally agreed that it would be cool to 100% have our asses kicked. With that in mind, we headed to Milwaukee to battle the ladies of the Brew City Bruisers, a group of gals who are very talented and passionate (about kicking ass) and it shows in this video.”

“Come & Go” is the third music video off of their recently released record, Old Bones. Old Bones was released earlier this year through Victory Records. Currently, the band are in the middle of wrapping up their final tour of 2015 with ROAM, Handguns, and Sudden Suspension. The remaining dates of the tour can be seen below.