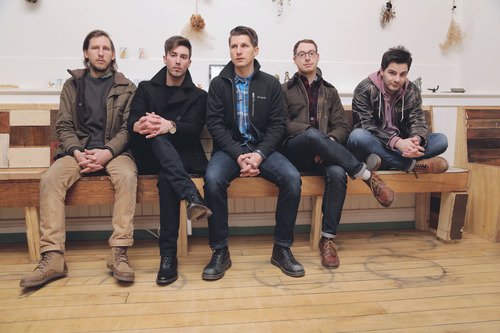 Last month, the Early November gave longtime fans a slew of good news which included a tour, a new album, and the lead single from that new album.

Today, the band has given those waiting patiently another new song from Imbue.

The five-minute long track is titled “Circulation,” and is currently streaming at Fuse, but if you don’t feel like heading over there to listen to the song, you can just click the play button below and enjoy.

According to the music channel who got the opportunity to interview TEN frontman Ace Enders, “Circulation” is the band’s favorite song off of the upcoming record. Enders also revealed the inspiration behind the song which is kind of deep and relatable.

“‘Circulation’ was written on a flight from Philly to San Francisco to start a tour,” Enders told Fuse during their interview.

“Lyrically I couldn’t get the idea of being misjudged so badly that you’re trapped in the thought of what other people think of you. Or I just felt claustrophobic on the flight.”

Imbue will be released on May 12 through Rise Records. As for the tour, it will begin on the same day Imbue is released at Trees in Dallas. To view the complete list of tour stops, click here.