Former Death Cab for Cutie multi-instrumentalist/producer, Chris Walla announced his departure from the indie band last August. Now, a year after officially leaving the group following a final show at Rifflandia, Walla has returned to the music world. Today, the musician unveiled that he will be releasing his own solo album next month.

The record is titled Tape Loops and slated to be released on Oct. 16 through his own record label, Trans Records. But, if you aren’t a fan of instrumental music, then you might not dig his album since it’s reportedly all instrumental; no vocals. Listen to the first “single” off of the upcoming coming record, a track titled “Kantas Theme,” below.

Back when Walla announced he would be leaving the band he had been a part of for 17 years, the typical rumors of animosity among the members began to surface. Quickly, the rumors were squashed when he wrote a blog post where he admitted that leaving was one of the hardest decisions he ever had to make.

“Deciding to leave the band was not and is not, easy,” he wrote. “It’s really, really sad. I love my bandmates and I’m proud of what we’ve done and mercifully, those things don’t change with my departure. Moving forward, my plans are simply to continue making music, producing records, and erring on the side of benevolence and beauty whenever possible. Darkness may find me, but I shall never choose it.”

In a recent interview with Tegan and Sara’s Sara Quin, Walla’s sentiments for his bandmates are still the same as back in 2014.

“Those guys, they are my brothers. We haven’t spoken a lot, but it doesn’t change the fact that I love them dearly and I hope it all continues to go well. I hope that those relationships can be new again someday, and strong again, in a way that is probably very different from how they were, but not fraught.”

Back in August, Death Cab for Cutie revealed that founding member and guitarist Chris Walla has decided to leave the band once their slew of festival dates had concluded.

The only silver-lining to Walla’s departure announcement was that the band revealed they had been working on a new album in the meantime; the follow-up to 2011’s Codes and Keys. At the time, the only information given was that it would be released sometime in 2015 with a lot of tour dates to follow.

Today, the band not only revealed the album title, but also the release date for their eighth studio record. Kintsugi will be released on March 31 through Atlantic Records.

When asked about the album’s title, bassist Nick Harmer said that it’s a “Japanese style of art where they take fractured, broken ceramics and put them back together with very obvious, real gold. It’s making the repair of an object a visual part of its history.”

If you’re thinking this is a tribute to the “fractured” band line-up due to the departure of Walla, then you might be onto something as confirmed by DCFC frontman, Ben Gibbard.

“This is an opportunity for the band to become something it could only become by losing a founding member. It’s our goal to make records that rank amongst the best work we’ve ever done.

I completely respect and understand why people love Transatlanticism or We Have the Facts… or Narrow Stairs. And I would hope that as we move forward, people listen with as little prejudice as they can and try to hear the music for what it is and not what they want it to be.”

While the band appears to have moved on since Walla’s official final show and departure, there has been no indication if they have brought in someone to fill in for him.

For now, check out the cover art and track list for the new album below. 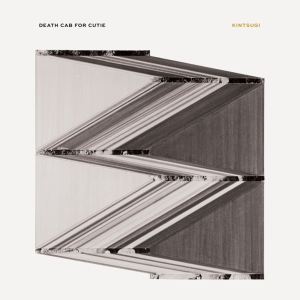 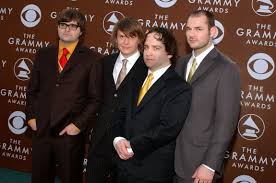 Death Cab for Cutie announced last month that they will be down a member after longtime guitarist and multi-instrumentalist Chris Walla, announced his departure from the group.

During this past weekend, the band played Rifflandia 2014, which Walla revealed would be his last show as a member of the band in a blog post he uploaded announcing his leave.

Video of the performance was of course shot and features the band closing out the set with their song, “Marching Bands of Manhattan” from 2005’s Plans, marking the end of Walla’s time with the group.

Watch the emotional video below and tell us you did not get a little teary-eyed.

When Walla announced his departure from Death Cab for Cutie after 17 years, he made sure to let fans know that it had nothing to do with inner band turmoil or any of those dramatic claims. Instead, he revealed his plans were “simply to continue making music, producing records, and erring on the side of benevolence and beauty whenever possible.”

Walla’s departure now leaves a vacancy with the band who just finished recording their yet-to-be-titled eight studio album. With the album release date being sometime in 2015 and a possibly of a lot of touring in support of it, we might soon be finding out who will be taking Walla’s spot.

After 17 years in Death Cab For Cutie, Chris Walla has announced that he will be leaving the band following their run of festival dates. The last official show for the guitarist will be the band’s headlining gig at Rifflandia in Victoria, British Columbia.

In a blog post on SLOG Music, Walla write, “I will miss being a quarter of this band and will support whatever course Death Cab for Cutie chooses from here.”

“I am profoundly grateful for Ben, Nick and Jason for the experiences that define my adult life. Truly grateful beyond words. Thank you.”

In the rest of his release, he states the typical reason for leaving a band; the urge to explore “the unknown.”

“Deciding to leave the band was not and is not, easy,” he said. “It’s really, really sad. I love my bandmates and I’m proud of what we’ve done and mercifully, those things don’t change with my departure. Moving forward, my plans are simply to continue making music, producing records, and erring on the side of benevolence and beauty whenever possible. Darkness may find me, but I shall never choose it.”

Walla had a big role in the band including producing the band’s past seven albums as well as playing a slew of instruments including the guitar and keyboards on many of their tracks.

The departure of Walla comes on the heels of the band finishing up their yet-to-be-titled eight studio album . The new record is expected to be released in early 2015 with tons of touring to help promote the record. No word on whether the band will be bringing someone in to replace Walla for the “extensive tour” they have planned for next year.