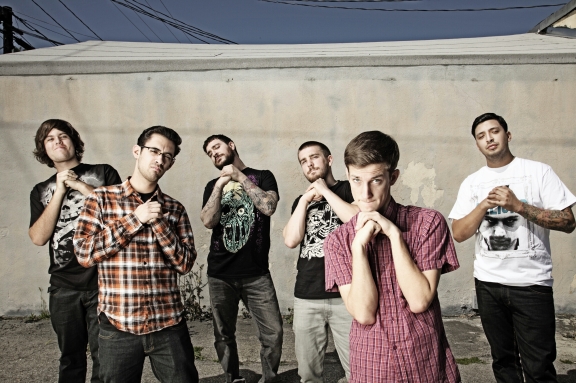 Apparently, their fans were not happy with his new project announcement.

According to Wilson, fans had taken to the web to flood him with angry messages demanding an update on the band and whether or not they have officially split up.

In order to inform those angry fans about the status of the band, Wilson posted a lengthy update on their Facebook page, giving them a little bit of insight on what each individual member has been up to.

“On a related note, I’ve gotten a ton of angry messages asking for an answer on the status of the band. The truth is, we just don’t know the future for certain and don’t want to get people’s hopes up or give any information that could end up being untrue. As a band, we are laying low for a while and busy individually with our adult lives. We haven’t “broken up” per se, we’re just focusing on other things for the time being. Here’s what we’ve been up to:

-Dan got married and will be moving to Atlanta, GA, next month.

-Joe recently moved to Portland, OR, and plays in a band called Great Collapse

-Jordan returned to school and is pursuing film. He still needs another surgery before he can resume full use of his Achilles’ tendons again, as far as I know.

-Audelio had a daughter named Olivia, works for Glad Rags, and plays with What’s Eating Gilbert.

Hope that answers some of your questions.

Well Matt, we hope that answers their questions as well.

No current projects are on the horizon for Set Your Goals and vocalist Matt Wilson will be taking advantage of the quiet time. The singer has announced that he created a new band named Chains to put out music that did not quite fit the sound of Set Your Goals.

“I am equal parts darkness and light and I have always had ideas that wouldn’t quite work for Set Your Goals; either the lyrics were too dark or parts were too aggressive,” admitted Wilson in a statement posted on YouTube.

“Chains is an outlet for that. Once Set Your Goals slowed down, I was able to put my ideas into motion. I grew up listening to extreme music and this projects is more in line with those tastes.”

As if the announcement wasn’t enough, Wilson has also released the group’s lead single, “Cages.”

Listen to it below.

Chains’ debut record, The Sorrow, The Sadness will reportedly be released in early 2015 through Wilson’s own record label, Calaveras Records.