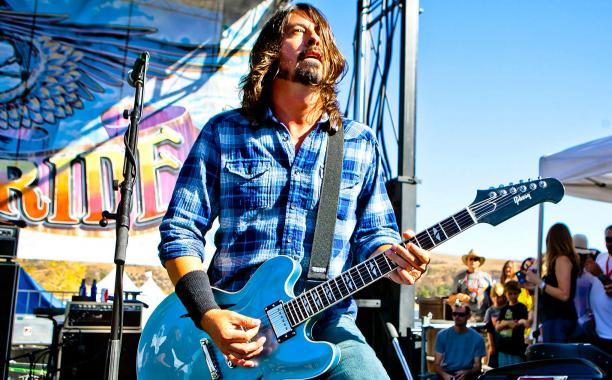 We know that there are people out there who like to say that the Foo Fighters are one of the most overrated bands around, but when your frontman falls off the stage, breaks his leg, and manages to come back to finish the show, that screams rock and roll.

During the band’s show Friday night (June 12) in Gothenburg, Sweden, frontman Dave Grohl had the misfortune of falling off the stage into the pit a song and a half into their set. Grohl got back onto the microphone and informed the audience that he had broken his leg.

“I think I just broke my leg again. I think I really broke my leg. So look, you have my promise, right now, that the Foo Fighters, we’re gonna come back and finish the show. But right now…I’m gonna go to the hospital, I’mma fix my leg, but then I’mma come back, and we’re gonna play for you again. I’m so sorry.”

While Grohl was being attended, the rest of the Foo Fighters decided to keep the show going with drummer Taylor Hawkins taking over vocal duties as they played covers of songs. For those familiar with Hawkins’ side project, Chevy Metal (a covers band), it’s not that much of surprise that they decided to go in that direction in the meantime.

According to some Reddit users, it appears that Grohl was eventually rolled back out in a wheelchair (15 minutes later, according to them) to continue the show. While sitting in the chair, he reportedly told the audience, “I may not be able to walk or run but I can still play guitar and scream.”

Watch some footage from the show which really doesn’t show Grohl falling from the stage, but it does have his proclamation that he will return to the stage once he had been fixed up.