Imagine sitting in a boring airport, waiting for your flight to be called to begin boarding when all of a sudden, you hear some live music playing from down the corridor, but not just any music, upbeat music that you expect to hear at your neighborhood pub.

That’s what we imagine happened last night when the Dropkick Murphys decided to give some unsuspecting people in a Boston airport (Logan Airport) an impromptu concert.

The band, who have become synonymous with St. Patrick’s Day and all things Irish, were waiting to board a plane to where else, Dublin for their “Celtic Punk Invasion Tour,” when they decided to give those waiting an impromptu concert on St. Patty’s Eve, just a few hours after performing at Boston’s House of Blues.

Check out some passenger shot videos from the “show” and a tweet from the band about their decision.

We decided to play a special show that's not on our tour schedule – Gate E4 at Logan International Airport pic.twitter.com/XRwMuWh3I2

Now, that’s one way to bring up the people’s moral after enduring TSA and waiting hours to board a stinking plane. 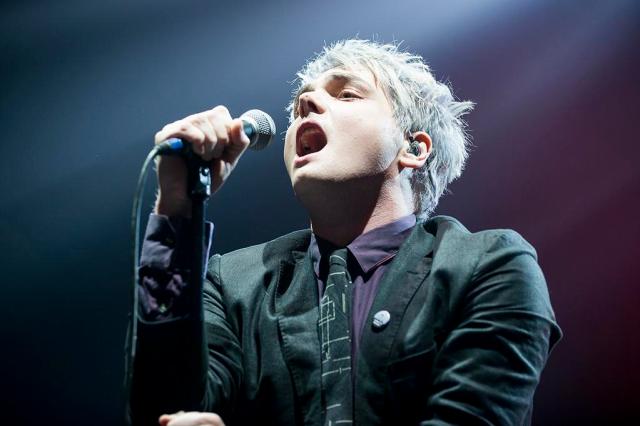 Gerard Way has been to Europe several times to tour since the release of his solo album, Hesitant Alien, and now the former My Chemical Romance frontman revealed that he will finally be heading out on a North American tour.

The short tour will be a build up to his Boston Calling debut in late May; the festival announced he would be one of the artists performing at this year’s event earlier this month. The tour will officially begin on May 15 at First Avenue in Minneapolis and wrap up on May 23 at Boston Calling.

Tour dates can be seen below.

Tickets for all dates, with the exception of Boston Calling go on sale this Saturday, Jan. 31, at Noon, local time. And is this tour isn’t enough to get you excited, check out Way’s new song, “Cheap Lights” which he debuted over the weekend at in England. 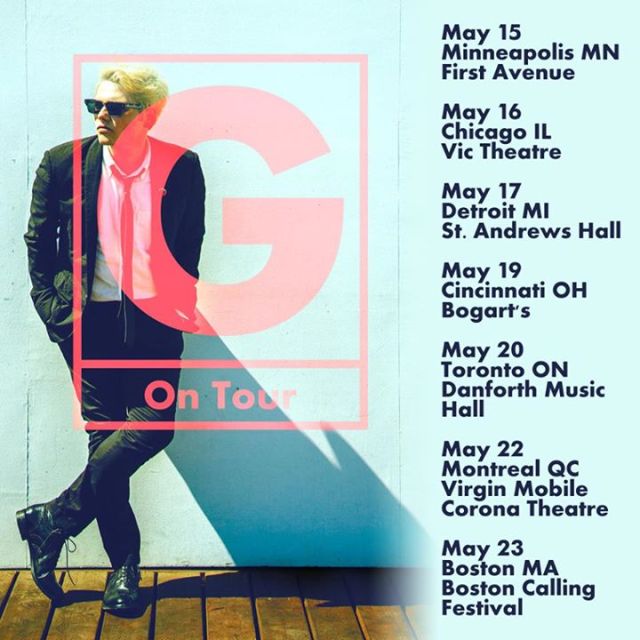 After the Boston bombing had affected everybody in the city as well as the surrounding  towns, Neil Diamond knew that he had to do something to bring up the citizens spirits after such a horrific event. Diamond got on a plane and flew to Boston to surprise everyone at that Saturday’s Boston Red Sox game with only a 40-minute heads up.

The Red Sox had adopted the musicians hit song, “Sweet Caroline” as an eighth-inning anthem some time ago and had invited him to perform it live once before, and finally the singer accepted. The bombings happened that Monday, by Friday the lone surviving bomber was caught and on that Saturday, when the eight-inning stretch arrived, as did Diamond to perform the song live instead of the usual pre-recorded version.

When he arrived home after that experience, Diamond went straight to work on a brand new song, dedicated to the city that would eventually become the charity song, “The Freedom Song (They’ll Never Take Us Down).” “I was moved by the unity and the attitude of the people in Boston,” Diamond said. “And that’s really all a songwriter needs, is to be inspired. It doesn’t happen very often but when it does you have to follow that muse and I did.”

“Freedom” is currently scheduled to be released on July 2 through iTunes and Amazon on July 2 and proceeds from the song will go to benefit the Boston One Fund and The Wounded Warriors Project.

The singer will then go on to perform the song live on July 4, in Washington, D.C., at a Washington Nationals vs Milwaukee Brewers baseball game and during PBS’ “A Capitol Fourth” that will be broadcast from the lawn of the U.S. Capitol.

“I didn’t know exactly what would happen with this song, but I did know I had to write it,” Diamond said when asked about his new song.  “So I set out on that creative journey of writing something that would lift people up, lift their spirits in the way that mine was lifted when I flew to Boston to sing at the Red Sox game.”

With all the bad things that have been happening recently, a silver lining has found its way in the form of a concert that will be taking place at the TD Garden tonight starting at 7 p.m. EST.

Artist such as Aerosmith, Boston, Jason Aldean, Dropkick Murphys, James Taylor, Carole King and more will be sharing the stage for the Boston Strong Benefit Concert.

All proceeds from the concert will be donated to  the One Fund Boston, a charity that was established to help those most affected by the April 15th Boston Marathon bombing attacks. The charity was a joint venture created by Massachusetts Gov. Deval Patrick and Boston Mayor Thomas Menino.

Other acts that are so far scheduled to perform at the show are Jimmy Buffett, Dane Cook, Extreme, the J. Geils Band, New Kids on the Block and Steven Wright.

The full stream can be seen here and don’t forget to donate if you can.

Neil Diamond sure knew how to raise Boston’s spirit a little more after the week that the city and its surrounding suburbs have had.

After finding out that the Boston Red Sox game against the Kansas City Royals would go on Saturday despite being rescheduled due to the manhunt for Boston bombing suspect, Dzhokhar Tsarnaev, Diamond got on a plane from Los Angeles to Boston just in time to make it for the game. This only giving officials 40 minutes before the first pitch to get things ready for his arrival.

When the eighth inning arrived, so did Diamond, onto the field to the surprise of everyone in the crowd with a live version of “Sweet Caroline.” Instead of a recorded version of the song playing, they had the real deal right in front of them. It had become a tradition in 2002, that during the eighth inning, a recorded version of Diamond singing “Sweet Caroline” would play. Since then, the musical tradition has continued to this day

“I was humbled and honored to be in Boston and to be able to personally thank and express my gratitude to the first responders and law enforcement officers,” Diamond said through his rep about being in Boston after their ordeal.

After he was done performing, he took to his Twitter to post a picture where he captioned it “In the company of heroes #oneboston.”

Now, that’s something to celebrate.