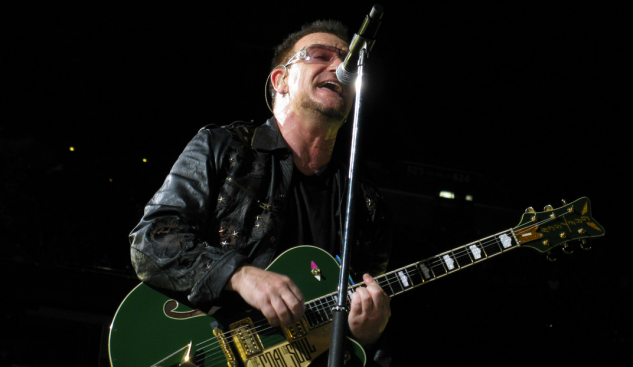 When news broke that Bono has been in a solo bicycle accident back in November, many thought that it was nothing but a scrapped knee that was being made into a bigger deal than it should have.

Turned out, the injury for the U2 frontman was a lot more serious than the run-of-the-mill bike boo-boo which would result in the 54-year-old undergoing surgery.

It’s been a while since the surgery, and now in a retrospection of 2014, Bono has revealed that the injuries he sustained may result in him never being able to play the guitar again.

“Recovery has been more difficult than I thought,” wrote Bono. “As I write this, it is not clear that I will ever play guitar again.”

Though he writes that “it is not clear,” chances that his should injury may not allow a guitar to be strapped to it for long periods of time is looking bleak.

The day of the bicycle accident, the singer had been on a “high power energy” ride in Central Park. He ended up with a fractured left eye socket, a fractures shoulder-blade, a fractured elbow and a fractured hand.

“I blanked out on impact and have no memory of how I ended up in New York Presbyterian with my humerus bone sticking through my leather jacket. Very punk rock as injuries go.”

As the post warns, it’s a long read (and if you make it to the end, you might be on the same medication as Bono), but it does a thorough recap of the year from Bono’s perspective.

In it, he talks about everything from missing out on his week-long residency with U2 on The Tonight Show with Jimmy Fallon to the disaster that was the release of Songs of Innocence to each band and family member and what they mean to him.

One thing that will now be question is how prepared Bono is going to be for U2’s massive “iNNOCENCE + eXPERIENCE” world tour slated to begin in mid-May. Many of the show have been sold out since tickets were announced which resulted in more dates being added.

Is Bono going to be in good health when May comes around? Will a fifth member be added to the band to play guitar on the songs Bono plays guitar on?

Those are just two of the questions, at present time, that we have.

But, it appear Bono is taking it all with a little bit of humor. In the post, he joked about not being able to play the guitar any longer.”The band have reminded me that neither they nor Western civilization are depending on this.”

Respect for having a sense of humor. 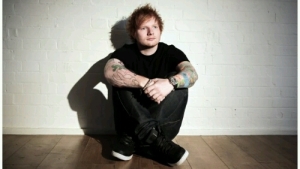 With the holidays right around the corner, we’re about to begin to hear tons of Christmas songs on the radio and see the never-ending cycle of Christmas movies on the television screen (just look at the Hallmark channel).

One of the good things about the holidays is when artists come together to record a song whose proceeds will go directly to help support a charity.

Irish singer-songwriter, Bob Geldof has revealed plans to re-record U.K. charity single, “Do They Know It’s Christmas” for the fourth time since its debut in 1984. In the description of the song, it states that “it’s designed to fight the Ebola epidemic,” so we’re going to assume that they will help combat the Ebola epidemic with all the proceeds the track will make from sales.

For this version of the holiday charity single, the singer has revealed that he has gotten Bono, Ellie Goulding, One Direction, Ed Sheeran, Sam Smith, Underworld, Sinead O’Connor, Bastille, and Elbow to lend their vocals for the track. (We’re wondering how the Goulding and Sheeran will react to each other at the recording session after the “Don’t” chronicles.)

But, if that wasn’t enough, reportedly more acts will be revealed right before the recording session.

“We called up some of the giants of the past and our own contemporaries, equally giant, and they said they’d come again to the party, ” Geldof said in a press conference earlier in the day.

Paul Epworth who previously worked with One Direction and Adele has been tapped to produce the song.

Unlike the original version of the song which was created to help combat hunger in Africa, the newly record song will have change of lyrics to reflect the new battle at bay, but they will keep its iconic chorus.

“[And what] they were dying of in 1984 was of course hunger, but they died essentially because they were poor. We know we can contain Ebola; we have doctors, the nurses, medicines and state systems. We have money. They’re dying again because they are extremely poor. That is radically unacceptable,” continued Geldof.

Geldof confirmed Quincy Jones will be working on a similar version in the United States while there will also be a French and German version created.

While everyone who has iTunes was complaining about the fact that U2’s new album was “forced” onto them, Bono and the rest of the guys from U2 were laughing their way to the bank.

We also can’t forget all the freak outs people were having as they tried to delete the album from their iTunes. Remember Fall Out Boy’s skit on Jimmy Kimmel?

A month or so after the iPhone 6 reveal announcement and the day Songs of Innocence was inserted onto 500 million desktops and iPhones, Bono is kind of apologizing for the stunt that might have just backfired.

In an interview with fans on the Irish band’s Facebook page, the frontman was asked about the album’s release. The person wrote, “Can you please never release an album on iTunes that automatically downloads to people’s playlists ever again? It’s really rude.”

Funny, we were going to say the same about you and your “question.”

Bono seemed a little somber as he responded to Captain Rude Pants’ question.

“Oops…I’m sorry about that. I had this beautiful idea…might have gotten carried away with ourselves. Artists are prone to that thing. A drop of megalomania, a touch of generosity, a dash of self-promotion, and deep fear that these songs that we poured our life into over the last few years might not be heard. there’s a lot of noise out there. I guess, we got a little noisy ourselves to get through it.”

Then again, we’re sure if Beyoncé was to do the same thing, the vast majority of the world would claim that it was “innovative,” “fresh,” and continue to claim that “she’s the queen.” Whatever.