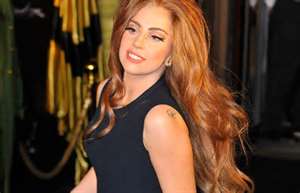 Eminem isn’t the only one heading over to Dre to premiere a new song via one of his commercials for his popular headphones, Beats by Dre.

Following in the rapper’s footsteps, Lady Gaga premiered another one of her new song, “Do What U Want”, through the new commercial for the headphones and Best Buy. Last night, Mother Monster let her dear Little Monsters know that her new track which features R. Kelly, would be making its debut through the teaser and as you can guess, they all were beyond the moon. Sure enough, the video premiered and all those followers went to listen to snippet of the new song.

Last week, Gaga had revealed that she would be premiering a new song titled “Venus” when she asked her social media followers to guess which of her new track it would be. Finally, after much guessing, it was revealed that the song would officially debut on October 27.

Check out the 30 second clip below which features the newest addition to the Beats family.

“Do What U Want” is Gaga’s second song off ARTPOP to be featured in a nationwide commercial; her first single, “Applause” is currently featured on the new KIA Soul commercials. ARTPOP will be released on November 11 and we’re pretty sure her Little Monsters are counting down the days.