While most of the music world is making a beeline to Austin for South by Southwest with many performers trying to get as many high-profiled gigs at the actual event, it’s nice to see that one of our favorite bands decided to do the complete opposite of that.

Leave it to Panic! at the Disco to decide to give fans a surprise by showing up in the middle of a rodeo to give an “impromptu” concert which featured some of their discography as well as a cover of Journey’s “Any Way You Want It” and AC/DC’s “You Shook Me All Night Long.”

We swear, we aren’t making this up.

According to sources who were lucky enough to be at the show, the band came in on, what else, a tractor and gave them all a once-in-a-lifetime show. We say once-in-a-lifetime because we’re sure this is never going to happen again.

Check out some fanshot video, which might not be the best videos in the world, but they get the job done.

Surprisingly, Panic! at the Disco have been quiet for sometime now. The last we heard from the band was actually from frontman Brendon Urie when the “Drunken History of Fall Out Boy” was posted by the band a few months ago.

On the upside, they do have a handful of concerts coming up this year mostly including festivals like Tulsa’s Center of the Universe Festival and Reading and Leeds in the United Kingdom. 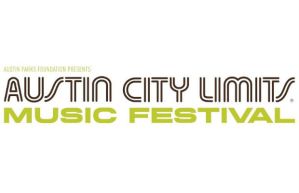 Outkast can now add another music festival to their schedule, The Austin City Limits Music Festival which is set to take place in October.

The line-up for the yearly festival which will be celebrating its 13th was unveiled earlier today with headliners Outkast, Pearl Jam, Skrillex, Beck and Calvin Harris.

The full list of artists to make up the bill can be seen below on the festival’s official flyer below.

The 13th annual Austin City Limits Music Festival is set to take place at Zilker Park in Austin, Texas for two weekends; Oct. 3-5 for weekend one and Oct. 10-12 for weekend two.

For those interested in going, three-passes go on sale beginning today at 10 a.m. central time on the festival’s official website.

The MTVU Woodie Award nominees have been revealed and yes, some Top 40 radio did happen to leak onto the college radio oriented award show.

The 10th annual event honors those tracks and musicians that are spun at your local college radio station on repeat and will once again happen in Austin during the South by Southwest Music Festival. For those not able to make it to Austin for SXSW, the half-an-hour 2014 Woodie Awards Special will air on March 16 at 8 p.m. on MTV.

The Arcade Fire, Lorde, Daft Punk, Beyoncé, Drake, Jay Z, Pharrell, Imagine Dragons, Bastille, Disclosure, the 1975, Chance the Rapper and A$AP Rocky are just some of the nominees that are up for several nominations including ‘Best Video Woodie’ and ‘Best Performing Woodie.’

We know, so many sexual innuendos, so little time.

The full list of nominations and their respected categories can been seen below.

Last week, Muse let the cat out of the bag that the band would be headlining the annual Austin City Limits Festival, and today the full line-up for the event has been revealed. Sharing the bill with Muse are The Cure, Fun., Jimmy Eat World, Silversun Pickups and many more.

The festival will take during two weekend, October 4-6 and October 11-13, at Zilker Park, in you guessed it, Austin. Tickets are currently on sale at the event’s website, but for now, you can check out the trailer for the festival and then take a look at the full line-up of performers.