With a handful of weeks left until the release of their sixth studio album, Alice in Chains have returned with another new song. On Friday (Aug. 10), the Washington-founded band unleashed the third single from their forthcoming album; a track titled “Never Fade.” Listen to the almost-five-minute, hard-hitting song above.

“Never Fade” will join previously released tracks “The One You Know” and “So Far Under” on the band’s impending new record. Rainier Fog is due out Aug. 24 through BMG. Pre-orders for the new album are still available on the band’s website.

Rainier Fog is the long-awaited follow-up to the group’s 2013 release, The Devil Put Dinosaurs Here.

In support of Rainier Fog‘s release, the band previously announced plans to hit the road during the months of August and September. Alice in Chain’s upcoming tour will begin on Aug. 22 at the Queen Elizabeth Theatre in Vancouver. After being on the road for a couple of weeks, the excursion will conclude on Sept. 15 at the Comerica Theatre in Phoenix.

Following a few weeks off the road, the band will resume their touring itinerary with another tens stops in October. The recently added tour dates will being on Oct. 14 at the Aftershock Festival in Sacramento and conclude two weeks later on Oct. 28 at the Hard Rock Events Center in Hollywood, Florida. Alice in Chains’ full fall tour schedule can be found here.

Last week, it was announced that the Seattle Mariners will host an Alice in Chains night at the Safeco Field on Monday, Aug. 20. The event, which will take place four days prior to Rainier Fog‘s release, will find the Mariners taking on the Houston Astros. Packages are currently being offered and include a ticket to the baseball game, access to a pre-game listening party of the new record, and more. Full information about the Alice in Chains night event can be found here. 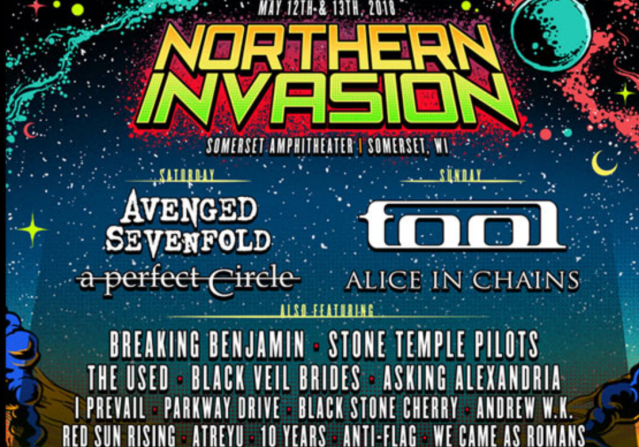 Heading to Northern Invasion next weekend? Well, there’s some major good news for you; the official band performance times have been unleashed. There will be a total of three stages during the two-day event; the Monster Main Stage, the Bug Light Stage, and the St. Croix Casino Stage. As previously announced Avenged Sevenfold will close out night one while Tool will close out the second and final night of the music festival.

Check out the full, daily lineup below.

The fourth annual Northern Invasion will invade the Somerset Amphitheater in Somerset, Wisconsin on May 12 and May 13. A limited number of general admission tickets are still available for the multi-day event on the music festival’s website. In addition to offering a “top-tier camping experience,” the fest will also offer the Northern Invasion Good Eats area which will include food offerings from top regional and national restaurants and vendors.

Music festival season usually takes place during the spring and summer months, but that doesn’t mean music fans will not get any festivals during the cooler months. On Monday (April 9), Aftershock Music Festival organizers unveiled their lineup for the 2018 incarnation of the annual event. System of a Down, Deftones, Incubus, Alice in Chains, and Godsmack are just some of the bands that will make the trek to California during the second week of October for Aftershock 2018.

For System of a Down, their appearance at Aftershock will not only be their first time playing at the event, it will also mark their first show in the United States in three years. Their confirmed performance also coincides with the 20th anniversary of the group’s self-titled debut; System of a Down was released in 1998.

As if celebrating their debut album’s “China” anniversary wasn’t enough, the group has also unveiled plans to go on a short, weeklong trek coinciding with their appearance at the event. Hitting the road alongside them will be fellow Aftershock performers, At the Drive-In. Those dates can be found on SOAD’s website.

“Sacto, we’re coming for you. Proud that you’re our capital and not DC,” System of a Down’s Serj Tankian said in a press statement.

“It’s been a minute since we’ve played Sacramento, so it just felt right to return by headlining Aftershock,” continues guitarist/vocalist Daron Malakian.

Joining System of a Down as one of the headliners this year will be Sacramento-founded band, Deftones. The California guys previously played the event in 2012 and 2015, but this year, they will be one of the big-print acts. Even though the Deftones call the capital of California home, this will be their first headlining gig in their hometown in nearly seven years. This all comes as the guys celebrate their 30th anniversary later this year.

In addition to System of a Down, Deftones, Incubus, Alice in Chains and Godsmack, this year’s lineup will also include Shinedown, 311, Slash Featuring Myles Kennedy and the Conspirators, At the Drive-In, Seether, Jonathan Davis, Bullet For My Valentine, Underoath, Black Veil Brides, Hellyeah, Asking Alexandria, Sevendust, Everlast, GWAR, and many more. According to the official press release from Danny Wimmer Presents, more artists will be announced as the show gets closer.

Aftershock Music Festival will return to Discovery Park in downtown Sacramento during the weekend of Oct. 13-14. Tickets for the two-day show will go on sale beginning this Friday, April 13, at noon PST. General admission and VIP tickets will be available as well as hotel options. Service fees on all tickets purchased will include a 50 cent charity fee for the T.J. Martell Foundation. Attendees are encouraged to buy their tickets as soon as they go on sale because tickets have sold out for three years straight.

For more information about Aftershock 2018, head on over to the festival’s website here. 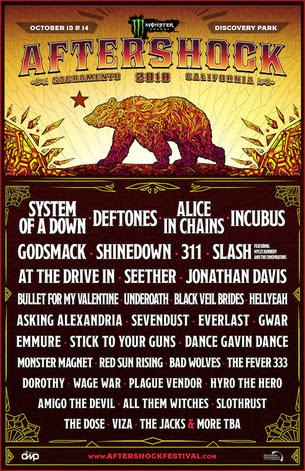 Alice in Chains already had plans to hit the road this summer, but now, thanks to popular demand, the band has added more stops on their already lengthy tour. On Monday (March 12), the Washington-founded band confirmed plans to extend their current tour by a couple of months. Following a summer abroad (and a pair of shows in Tel Aviv, Israel), the band will return to North America in late August.

The newly added tour dates will kick off on Aug. 22 at the Queen Elizabeth Theatre in Vancouver and wrap up almost a month later on Sept. 15 at the Comerica Theatre in Phoenix. The new tour dates will also include three stops in California (Vina Robles Amphitheatre in Paso Robles, the Palladium in Los Angeles, and the Riverside Municipal Auditorium in Riverside) as well as four stops in Texas (Abraham Chavez Theatre in El Paso, ACL Live in Austin, Revention Music Center in Houston, and the Pavilion at Toyota Music Factory in Dallas). The group’s tour will also make stops in major cities including Las Vegas, Kansas City, and Tulsa.

In addition to their updated tour itinerary, Alice in Chains also confirmed via a press release that they are currently in the process of putting the finishing touches on their new album. The record, which has yet to get an official title or projected release date, will be the follow-up to 2013’s The Devil Put Dinosaurs Here.

For now, the complete list of tour dates can be seen below. 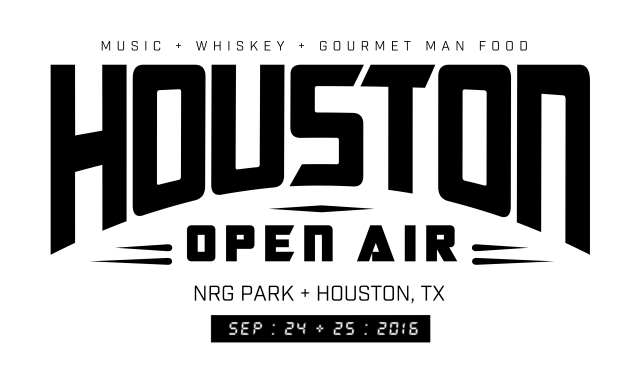 A couple of months after announcing the launch of the Chicago Open Air music festival, festival organizers have unveiled that the fest will be getting a sister location. On Monday (May 16), the people behind the World’ s Loudest Month concert series announced that they will be launching the Houston Open Air music festival in September. During the announcement, it was confirmed that acts like Avenged Sevenfold, Pierce the Veil, Of Mice & Men, Alice in Chains, The Word Alive, and more would make their way to the Lone Star State at the end of September.

Heading to the NRG Park in Houston during the weekend of Sept. 24-25 will also be Deftones, Slayer, Chevelle, The Cult, Ministry, Alter Bridge, Ghost, Anthrax, HELLYEAH, Avatar, letlive., and many more. For those who are interested in attending, early bird tickets for the two-day event will begin this Tuesday, May 17, at noon CDT. A limited amount of tickets will be available for $89.50 or $99.50, while supplies last. Those wanting to spend the complete weekend at the show will be able to purchase weekend passes for $234.50. If you are not able to obtain early bird tickets, then general admission tickets will go on sale beginning this Friday, May 20, at noon CDT. The full lineup can be seen below. 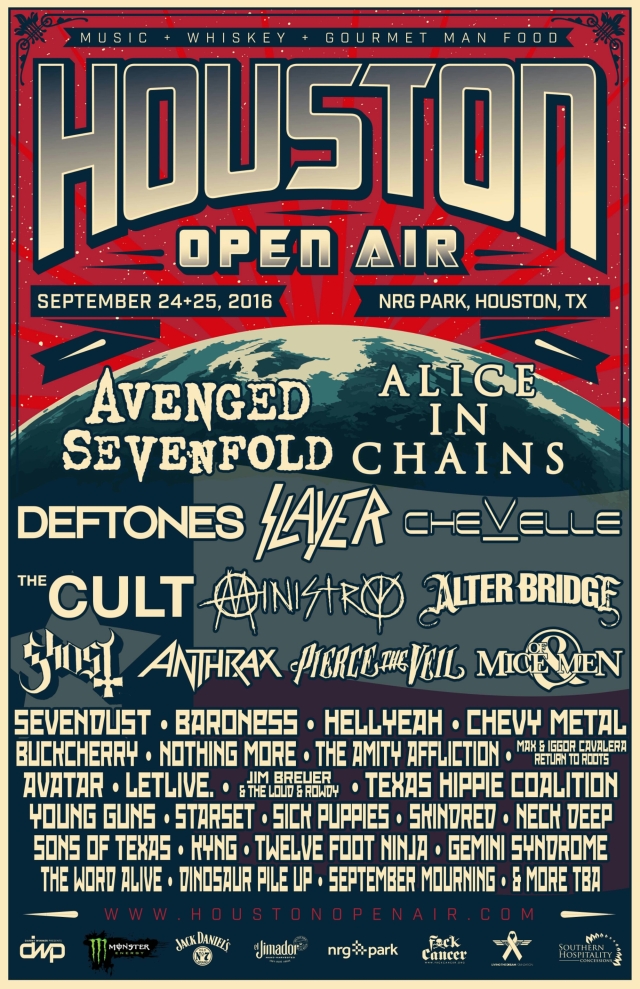 In addition to the list of rocking artists heading to Houston, festival organizers have also unveiled that  a portion of the proceeds will be donated Greater Houston Storm Relief Fund to assist with recent flooding in the Houston area.  The Greater Houston Storm Relief Fund was established by Houston Mayor Sylvester Turner to accept flood relief donations that will stay in the Houston community and aid the victims of the recent storms. If you cannot attend or want to donate directly, you can visit the website here.

The Soundwave Festival in Australia has officially announced the second batch of artists that will be performing at next year’s shows.

The first batch of artist were announced back in late August which included Green Day, Avenged Sevenfold, the Stone Temple Pilots, Alice in Chains and a whole lot more. After almost two months of waiting, the festival organizers have revealed the second batch of artists which include A Day to Remember, Mastodon, HIM, Jimmy Eat World and many more.

The two flyers which include the laundry list of performers can be seen below. 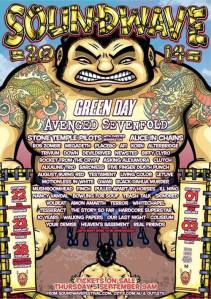 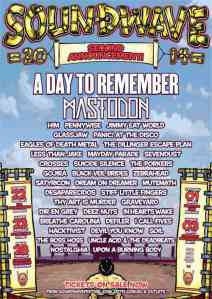 Back in August, the dates for the festival had been confirmed to be:

If you haven’t gotten your tickets yet, then it might be time to do so, because the line-up looks amazing. 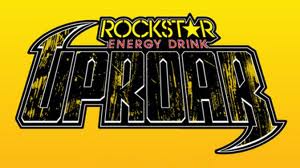 The line up for the fourth annual Rockstar Energy Uproar Festival has been revealed and the line up looks like a good one. Artists such as Alice and Chains and Jane’s Addiction have been tapped to play the touring music festival. Also joining the line up are Coheed and Cambria, Circa Survive on the main stage while on the Ernie Ball Festival Stage, Walking Papers featuring Duff McKagan, Middle Class Rut, New Politics, Danko Jones and Chuck Shaffer will be performing. The Ernie Ball Battle of the Bands winner in each market will also be featured on the Ernie Ball Festival stage. Check out the full tour dates below.