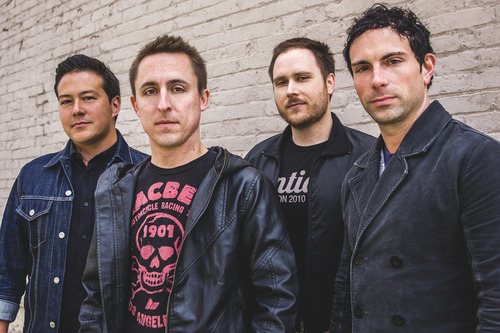 Back in February, Yellowcard not only confirmed that they had returned to Hopeless Records, but that they were also in the middle of working on a new record. Since the announcement, the band has been posting images from the studio as they worked on the new album, getting their fans ready for some new tunes. On Tuesday (June 7), the Florida-founded group announced not only the title and release date for the impending release, but also released its track listing and cover art.

The new record will be titled Yellowcard and is set to be released on Sept. 30 through Hopeless Records. The new album will also feature a total of ten new songs while the cover art was shot by the group’s guitarist, Ryan Mendez. While we wait for pre-order information and the first single, both the album’s cover art and track listing can be seen below.

Yellowcard marks the band’s return to Hopeless Records. “It’s a huge honor to announce that we have started working on our 8th studio recording which will be released later this year on Hopeless Records. We couldn’t be more happy to be working with the Hopeless family again,” the band said in a statement released at the beginning of 2016,” the band said in a statement at the beginning of the year.

Back in 2014, Yellowcard had announced that they had joined forces with Razor & Tie Records for the release of their seventh studio record, Lift a Sail. But it looks like things didn’t pan out because they returned back to Hopeless after just one record. In some pre-release support of the self-titled record, Yellowcard will be hit the road this summer on the 2016 Vans Warped Tour. 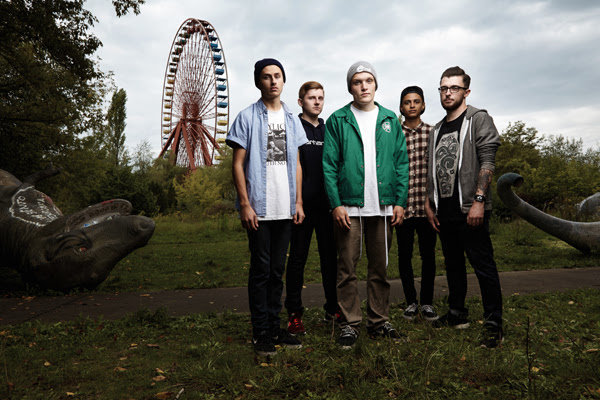 If you’re a fan of Neck Deep, then today is a good Monday for you.

Earlier in the day, the U.K. based band revealed not only the name of their new album, the name of the lead single, the album art but also the release date for it.

Their second studio album will be titled Life’s Not Out to Get You and will be heading to a store (digital and physical) near you on Aug. 14 through Hopeless Records.

The first single off of the record will be titled “Can’t Kick Up The Roots” and is set to be released next Tuesday, May 12, the same day that pre-orders for the sophomore album begin.

Check out the album art below. 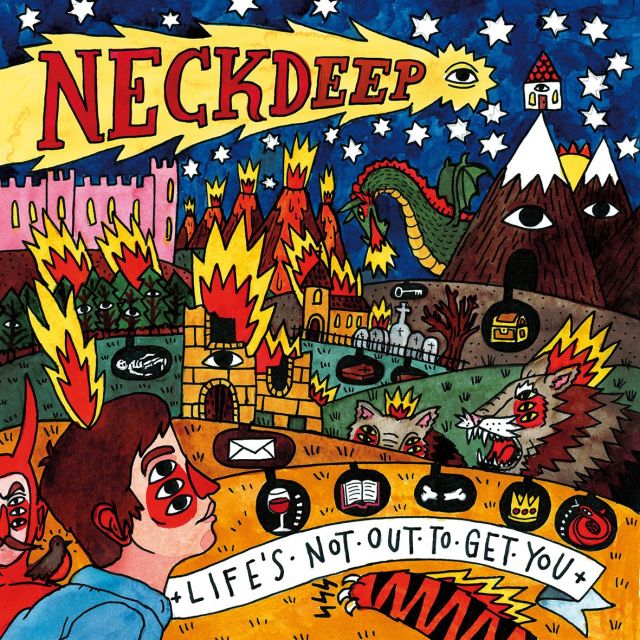 In a twist, Neck Deep’s album will be released towards the end of the Vans Warped Tour which they will be on for the complete Summer, unlike many of the band’s on the traveling rock show who will be releasing their respective records towards the beginning.

Life’s Not Out to Get You is the follow-up to 2014’s Wishful Thinking and is being produced by Andrew Wade and Jeremy McKinnon from A Day to Remember. 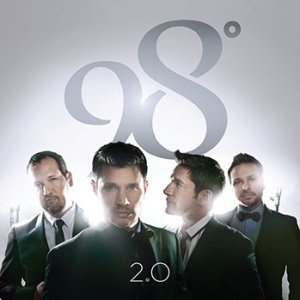 98 Degrees have just released the cover art for their upcoming new album, 2.0. The album will be the boy band’s first new set of tracks in ten years.

The album art which can be seen above, features the four members of the group, Nick Lachey, Drew Lachey, Justin Jeffre and Jeff Timmons dressed in sleek suits, a big departure from all the crazy fashions that they used to wear which screamed “90s!”

The album will be dropping soon, just in time for their tour which will also include fellow boy banders New Kids on the Block and Boyz II Men. “The Package” Tour will start its run on May 28 in Uncasville, Conn., visit 46 cities and then finish in Indianapolis on Aug. 4.

The boys went on hiatus in 2002 after releasing a couple of albums, but then returned to the music limelight last Summer when they participated in the Today Show‘s “Summer Concert Series” where it was announced that they will be heading on their upcoming tour.

2.0 is set to be released on May 7 via Entertainment One.

Snoop Lion (Dogg) last week gave us a second new song from his upcoming album, Reincarnated which featured his daughter, Cori B and fellow rapper Drake. Now, Snoop is giving fans not only the cover art for the new album that is due out on April 23, he’s also included the full tracklist.

As can be seen below, Snoop has a lot of guests on his tracks including Rita Ora, Akon, Busta Rhymes and “I’m-Not-Hannah-Montana-I’m-A-Badass” Miley Cyrus.

Until the album gets released, you can either check out Snoop’s most recent release, “No Guns Allowed” on Soundcloud, or the video for “Lighters Up” right here: