With just a few weeks lefts before the 62nd annual Grammy Awards invades Los Angeles, the first round of performers has been announced.

On Wednesday (Jan. 8), the Recording Academy revealed that Lizzo, Billie Eilish, Gwen Stefani, Blake Shelton, and Aerosmith will take the stage during this year’s event set to take place at the end of January.

Lizzo and Eilish will not only make their performance debut during the live telecast but are also nominated for a slew of awards.

While Stefani and Shelton have been to the Grammys (and won some) on their own, the duo will reportedly make their debut as a couple on stage with a duet. We’re going to assume they’re going to perform their collaborative track, “Nobody But You.”

Because it wouldn’t be an award show without bringing in some gratuitous iconic musicians, the Recording Academy announced that Aerosmith will take the stage to perform a medley of their hits. This gig marks the group’s return to the Grammys stage, 29 years after their debut at the 33rd Grammy Awards in 1991.

In addition to the performance, the four-time Grammy winners will be honored as the 2020 MusiCares Person (shouldn’t it be persons?) of the Year.

The MusiCares Person of the Year honor recognizes the group for their philanthropic efforts over the past five decades as well as their influence in the music world.

The 2020 Grammy Awards will broadcast live from the Staples Center in Los Angeles on Sunday, Jan. 26. The show begins at 8 p.m.ET/ 5 p.m. PT and airs on CBS.

Alicia Keys will once again take over hosting duties during this year’s event. 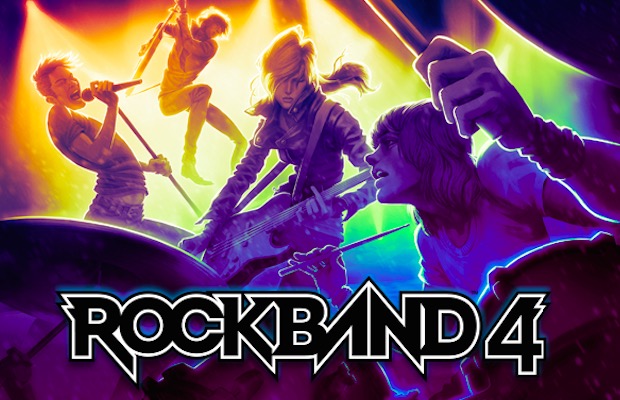 It’s the return of the music-centric video games!

Hot on the heels of Activision’s announcement that they would be relaunching their once great video game franchise, Guitar Hero with Guitar Hero Live, another musical instrument video game has announced its return; Rock Band.

Though the announcement that the video game would be coming back was actually made a few months back, the people behind Rock Band 4 have now unveiled part of the track list for the upcoming game. Bands like Paramore, the Foo Fighters, Avenged Sevenfold, Aerosmith, and the Cure will be part of the 1,500 tracks that will be available for download at the Rock Band music store when the game is released in the Fall.

“With Rock Band 4, we’re doubling down on the energy and excitement of playing music live with your friends,” says Harmonix (the developers of the game) Chief Executive Officer Steve Janiak.

“Focusing on the core experience that our fans have told us they love allows us to evolve established gameplay in meaningful ways that we can’t wait to share with everyone later this year.”

Earlier this week, Harmonix had revealed that gamers will now be given the opportunity to freestyle guitar solos as they play. The game will now allow players to be more flexible in their playing, so instead of having to hit that note at the right exact place at the right exact time, the game will allow the player to follow some general guidelines. During the freestyle, you will still be scored, but apparently, you can’t fail either.

Check out a video directly from Tech Crunch who got the chance to play int his new mode.

UPDATE: Download Festival has revealed another list of performers for this Summer’s festivities so check out the updated flyer.

The Download Festival has revealed the newest addition to their quickly growing line-up this year’s festival.

Previously, it was announced that Avenged Sevenfold would be headlining the event with their show scheduled for the first day of the festival; that Friday. Also performing on that Friday, is previously announced Rob Zombie.

But now, the festival organizers have added more names to their ever-growing list for the show that is set to take place during the weekend June 13- June 15 at Donington Park in the United Kingdom. Bad Religion, Bowling For Soup, Bury Tomorrow, Opeth, Black Label Society, Flogging Molly and many more have been added tot he flyer for the festival which can be seen below. 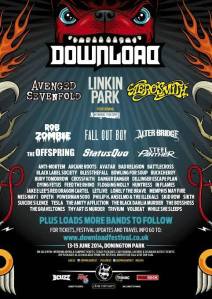 In a previous interview, event organizer Andy Copping said that he would love to secure a reunited Led Zeppelin, Van Halen and the original line-up of Guns N’ Roses as future headliners, but with about five months left to go, here’s to hoping that he gets what he wants. 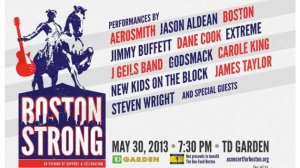 With all the bad things that have been happening recently, a silver lining has found its way in the form of a concert that will be taking place at the TD Garden tonight starting at 7 p.m. EST.

Artist such as Aerosmith, Boston, Jason Aldean, Dropkick Murphys, James Taylor, Carole King and more will be sharing the stage for the Boston Strong Benefit Concert.

All proceeds from the concert will be donated to  the One Fund Boston, a charity that was established to help those most affected by the April 15th Boston Marathon bombing attacks. The charity was a joint venture created by Massachusetts Gov. Deval Patrick and Boston Mayor Thomas Menino.

Other acts that are so far scheduled to perform at the show are Jimmy Buffett, Dane Cook, Extreme, the J. Geils Band, New Kids on the Block and Steven Wright.

The full stream can be seen here and don’t forget to donate if you can.