With Taking Back Sunday’s 10th anniversary tour for their hit album, Tell All Your Friends under their belt, the band have decided to release an acoustic album and/or film about the tour which we report a few weeks back.

The band are now streaming the complete acoustic album through Spotify which can be heard below. The album and the film are both being self-released by the band and can be purchased over at their website. While you do that, you can hit the play button and listen to acoustic versions of all your favorite TAYF tracks. 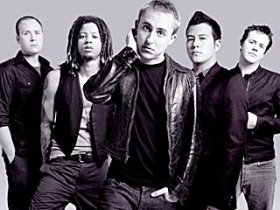 Over the last week, rumors started to circulate that Florida-based band  Yellowcard would be putting out and acoustic version of their hit album, Ocean Avenue.

The 2003 album launched the band to mainstream stardom with the titled track “Ocean Avenue.” On Friday, the band confirmed over Twitter that the rumors were in fact true and in honor of the tenth anniversary of the platinum album, they would be making one that was fully acoustic.

So far, no release date has been given for the album.