You guys don’t look a day over angsty 15 (even though your profile says ‘original emo since 2000’).

On Monday (Oct. 7), the Canadian band announced plans to embark on a massive anniversary tour during the first couple of months of 2020. Simply dubbed the “Silverstein 20th Anniversary Tour” (because why not?!), the trek will find the group performing at venues across the United States and Canada.

The 33-stop outing begins on Feb. 28 at the London Music Hall in London, Ontario, and concludes a month and a half later on April 11 at the Danforth in Toronto.

“It feels absolutely incredible to be celebrating 20 years as a band!” says vocalist
Shane Told about the upcoming tour.

“It feels like just yesterday we were starting this thing in Josh’s basement –
singing out of Shel Silverstein books and National Geographic magazines – and here we
are embarking on our biggest tour ever.”

And Told wasn’t kidding when he said it would be their biggest tour ever. The shows will reportedly be split into three different sets; the most significant hits set, which will include a slew of their biggest songs; the Discovering the Waterfront set, which will find the band playing their sophomore album in full; and last but not least, an acoustic set.

Four Year Strong and I the Mighty will join Silverstein during the excursion.

General admission and VIP tickets for the tour go on sale this Friday, Oct. 11, at 10 a.m. local time. More information about the journey can be found here.

The massive North American tour itinerary comes a week after the band began taking a stroll down memory lane with old-school photos from the early 2000s.

The full list of upcoming shows can be found below.

It’s going to be 20 years since Atreyu’s inception, and now the group is ready to celebrate the only way they know how to; on the road with their fans. On Monday (Aug. 19), the California-founded band announced plans to embark on a fall time tour to celebrate their “China” anniversary.

The upcoming trek will find the group performing at venues across the United States throughout October and November. The tour will include stops in Dallas, Louisville, Pittsburgh, New Haven, Niagara Fall, St. Louis, Salt Lake City, Milwaukee, Colorado Springs, and more.

The 26-stop excursion begins on Oct. 20 at the Rialto Theatre in Tucson and concludes a month later on Nov. 20 at the Majestic Ventura Theater in Ventura, California. Right before the tour kicks off, Atreyu will hit the stage at Las Vegas’ Las Rageous Festival.

According to a press release, the setlist for the newly-announced shows will be chosen by the fans, not the band.

“What better way to celebrate than with the reason we are all here…YOU. So here’s how it goes. 20 years. 20 songs. Chosen by YOU…the fans,” drummer Brandon Saller said.

Singer Alex Varkatzas mirrors Saller: “It’s been a long, rewarding road and we are not slowing down anytime soon. We would like the help of our friends and supporters in picking the set they will see on this upcoming coming run with Whitechapel. We owe so much to the wonderful people who support and connect with us. We are very excited for these shows.”

Whitechapel, He Is Legend, Tempting Fate, and Santa Cruz will open for Atreyu throughout the tour.

More information about the trek, including how to select your favorite tunes will be available at a later date.

The full list of tour dates can be found below. 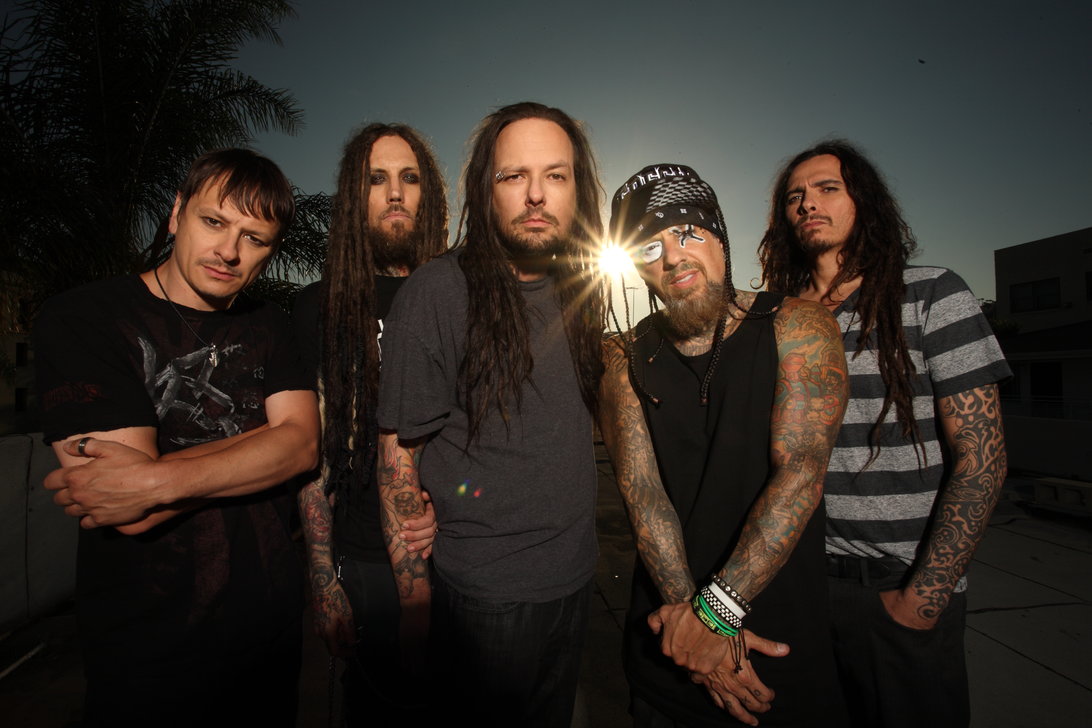 Korn has been celebrating their debut album’s 20th anniversary for a year now, but that’s not stopping them from continuing on. After the first leg of the tour was met with a lot of critical acclaim, the group have decided to bring it down a notch and perform in smaller, more intimate venues.

Today, they revealed that they will be closing out the 2015 touring season with a month’s long trek by performing at intimate venues during the month of October. The setting change isn’t the only thing the “nu metal” band are changing up. During this run, the group will perform their Ross Robinson-produced self-titled album, which was released in May of 1994, in full as well as throwing in some other tracks on the set list for good measure. According to a press statement, Korn will allow fans to request what songs they play during their encore.

For those looking forward to the show, there will be a limited amount of tickets and early entry packages available for purchase on Korn’s website beginning tomorrow, July 22 at 10 a.m. PT. Regular tickets will go on sale beginning this Friday, July 24, at 10 a.m. local time.

The tour is scheduled to begin on Oct. 1 at Chicago’s Aragon Ballroom and then wrap up on Oct. 30 at the Fox Theater in Oakland, CA. Suicide Silence and Islander will act as supporting acts for the month-long trip. 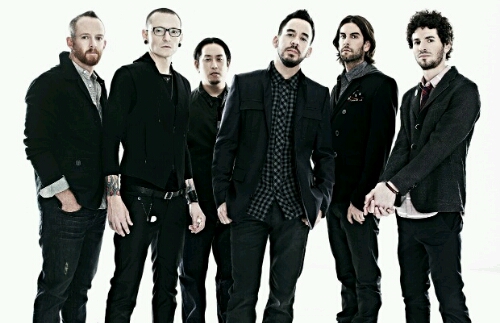 Over the weekend, rumors had grown that the Ventura, CA stop of the Vans Warped Tour would have a special guest in the form of Linkin Park.

Warped Tour’s official Twitter was hinting at special guests for the day in celebration of the 20th anniversary of the traveling rock show, while Linkin Park’s Mike Shinoda has tweeted a simple message reading “Ventura, CA.”
Being better than detectives when need be, some made the instant connection, but it would take until the day of the show for Warped organizers to confirm that the band would be performing on the main stage.

During the set, which stuck to its normal half-an-hour time, the band performed some of their hits and had some members from Yellowcard, Issues, MGK, the Devil Wears Prada, Finch, Breathe Carolina, and A Day to Remember. In case you didn’t know, A Dat to Remember aren’t even on Warped Tour so that mean that this “secret” performance was big.

“A Place for My Head” feat. Jeremy McKinnon of A Day to Remember:

“Guilty All the Same” feat. Mike Hrancia and Jeremy DePoyster from The Devil Wears Prada:

All day yesterday, speculations had begun that Mineral were up to something and today, it was officially confirmed that they would be reuniting to head out on tour in honor of the 20th anniversary of their formation.

The Texas-based band who helped with the formation of the “emo” genre had tongues wagging after launching a new website alongside several social media accounts including a Facebook and an Instagram. On the Instagram account, several cryptic pictures were uploaded of their instruments with no descriptions as to what it meant.

Apparently, it was just the foreshadowing that they needed before the big news of their pending reunion and tour.

In a statement about the band’s reunion, frontman Chris Simpson said: “Reconnecting with each other and this material for the first time in 17 years has been a real joy and pleasure. The shows will be the icing on the cake. We are grateful for the opportunity and looking forward to getting to play for all the people who have loved us all along as well as the many who have discovered us posthumously along the way.”

The reunion marks the first time in 17 years that Simpson (guitar/vocals), Jeremy Gomez (bass), Gabriel Wiley (drums) and Scott McCarver (guitar) will come together to perform since their disbandment in 1998. The band only released two albums, 1995’s The Power Of Failing and 1998’s EndSerenading, but judging from how excited fans are about the reunion, those albums meant a lot.

Check out the current tour dates.

The tour dates might be just a few, but keep in mind there is a huge gap between the Cleveland stop and their performance at The Fest 13 in Gainesville, so maybe more dates will be revealed.

Mineral is just another band that is on their way to bring the emo revival to the forefront. Earlier this week, we got a new track from Sunny Day Real Estate though it was just a Record Store Day track while American Football also revealed their own plans at reuniting.

Who smells an “Emo Revival Tour” in the near future.

Hole fans, it might be time to break out all the grunge because it looks like frontwoman Courtney Love has announced that she is getting the band back together.

But before you think that it would just be a knock-off version of the 90s band, Love has revealed that the line-up will include the original members. Seems like the members which include Love, bassist Melissa Auf Der Maur, guitarist Eric Erlandson and drummer Patty Schemel managed to get their stuff together and put their difference behind them to go on and record a new album.

The band officially disbanded back in 2002, but managed to come back together for a one-off gig in Brooklyn back in 2012. Their last album was 1998’s Celebrity Skin.

In an interview with The Quietus, Love revealed that she recently “started playing with Patty and Melissa and Eric, just to see how that was. We already played like three or four times in the last week.”

Right now, there is no word on whether or not the classic line-up will be joining Love on her upcoming UK tour or if they will help her with the recording of her still-in-the-works studio album. Even if that isn’t the case, some fans can’t help but connect the fact that this “reunion” of sorts is happening right around the time that their breakthrough album, Live Through This, celebrates its 20th anniversary which is this month.

Green Day has been one of the pioneers of bringing the sound of pop-punk to the forefront of mainstream. The album that helped catapult them into that limelight of top 100 tracks and mainstream award shows could easily have been 1994’s Dookie.

Dookie which gave fans a laundry list of hit singles such as “When I Come Around,” “Basketcase,” “Welcome to Paradise” and personal favorite, “Longview” became one of Green Day’s biggest hit album with the exception of 2004’s American Idiot.

During their show in the UK at the Brixton Academy, the band did something that is not very common and has probably never happened before; they went ahead and performed Dookie in its entirety.

At the beginning of the video, frontman Billie Joe Armstrong reminds or informs fans, that the album will be celebrating twenty years since its released which would happen in February of next year (February 1, 2014 to be exact).

While the video might be shaky and not exactly high quality, it doesn’t take away the fact that Armstrong along with guitarist Mike Dirnt, drummer Tré Cool and backing vocals/guitarist Jason White, still know how to bring that album to life and remind everyone why it helped make them who they are today in the music world.

Watch the full half an hour show below:

Since there have been a lot of anniversary tour happening lately, do you think Green Day will go ahead and do a Dookie 20th Anniversary tour? If so, who’s down for going?