Twenty One Pilots, Ariana Grande, and the Strokes are just some of the big-name acts heading to Illinois this summer for Lollapalooza 2019. On Wednesday (March 20), festival organizers unveiled their genre-diverse and lengthy lineup for this year’s festivities.

According to Billboard, a total of 170 acts will perform on one of eight stages during the weekend-long event.

Four-day general admission and VIP passes for Lollapalooza are currently available on the music festival’s website. Like many major music festivals, Lollapalooza will be offering layaway options for those who may be a little strapped for cash at the moment but still want to experience the insanity.

Single-day passes are currently not available, but according to Lollapalooza’s website, they are “coming soon.”

Lollapalooza will return to its longtime home of Grant Park in Chicago. The four-day event will take place during the weekend of Aug. 1 – 4.

Last year’s Lollapalooza included performances by Vampire Weekend the Arctic Monkeys, Jack White, Travis Scott, and more. For now, the full lineup can be found below. 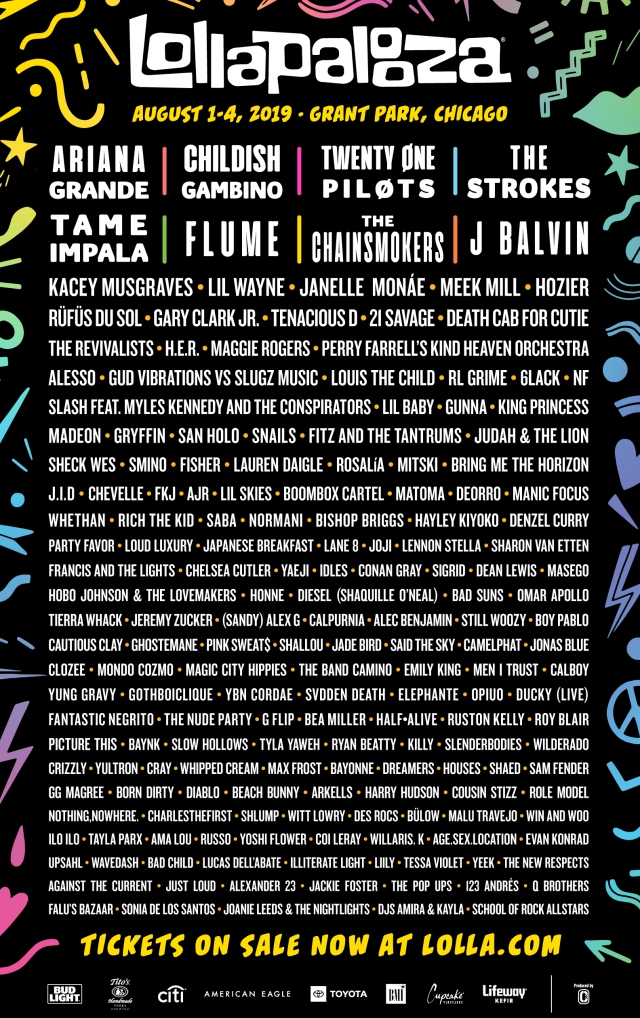