Also appearing on the three-day music festival’s bill will be the Distillers. Their appearance at Shaky Knees marks their first performance in 12 years. Last week, the band made headlines when they posted a teaser video which included a clip of what appeared to be new music. The band has yet to confirmed speculations that this is just the beginning of good news for their longtime fans like maybe a new album or a tour in the near future.

Shaky Knees is set to take place during the weekend of May 4 – 6 at Central Park in Atlanta. General ticket sale as well as VIP passes will go on sale beginning this Tuesday, Jan. 9, at 10 a.m. EST. For more information about Shaky Knees, head on over to its website here. 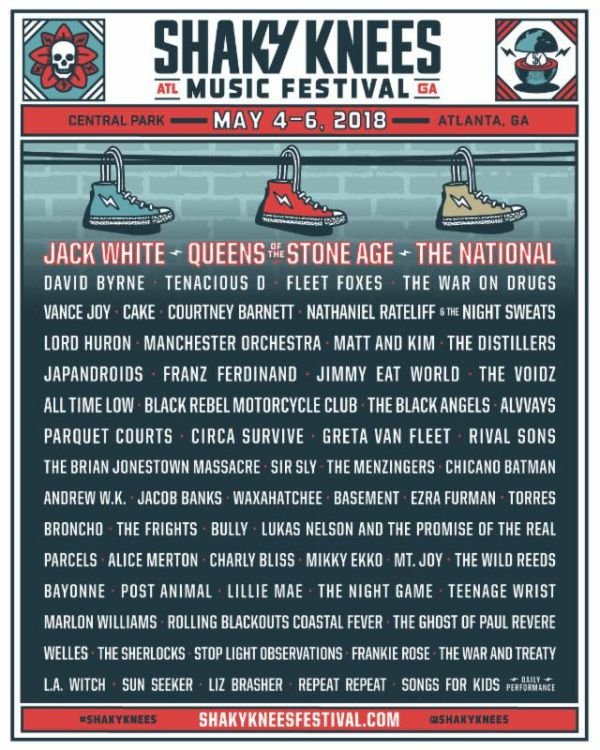