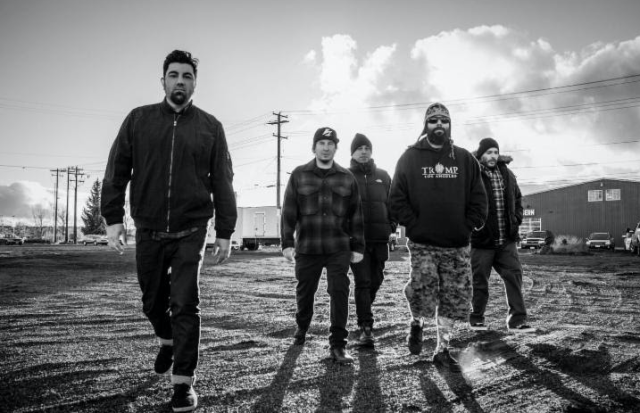 Several days after Live Nation teased a massive summer tour announcement from two big bands, the identities of those groups have been confirmed. On Monday (Feb. 6), the Deftones and Rise Against announced a huge, joint, North American summer tour. The excursion will kick off on June 9 at Huntington Bank Pavilion at Northerly Island in Chicago and wrap up a month later on July 9 at the Ak-Chin Pavilion in Phoenix.

“Every once in awhile you get to share the stage with a band so powerful they make you work harder,” Rise Against said in a statement. “After conspiring for years, we’re excited to finally share the road with such an epic band. We can’t wait to put Deftones and Rise Against fans under the same roof in 2017.”

Mirroring Rise Against’s statement about the upcoming tour, the Deftones wrote on Facebook: “We’ve been talking to Rise Against about touring together for a while now. Finally, everything aligned and we get to spend the summer playing shows with our friends. We couldn’t be more excited and can’t wait to see you at the shows.”

Joining them on the road for the month-long tour will be Thrice, who released their ninth studio album, To Be Everywhere Is to Be Nowhere, back in May of 2016. Frank Iero and the Patience and Three Trapped Tigers will also open for the Deftones and Rise Against during the tour, but on selected dates. The full list of tour dates can be seen below.

The massive summer tour will be in support of the Deftones recently released eighth studio album, Gore. Before embarking on the North American tour, the Sacramento-founded band will hit the United Kingdom road with AFI for a short tour.

As for Rise Against, the Chicago-based band hasn’t released any new material since 2014’s The Black Market.

Tickets for the tour will go on sale beginning this Friday, Feb. 10, at 10 a.m. local time