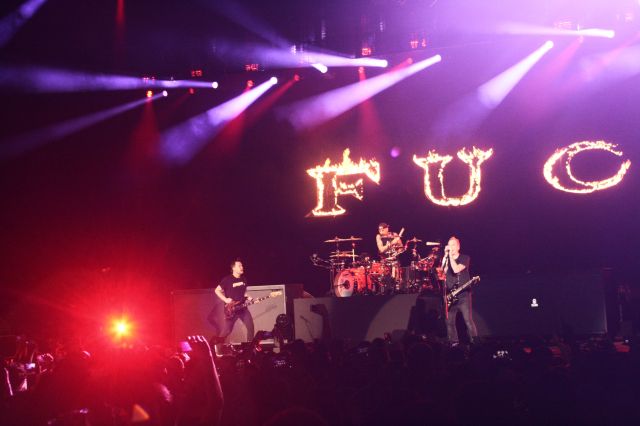 Last week, Blink-182 made headlines when they teased the possibility of a new album being released sometime this year. Instead of a new music confirmation, the band has given fans something better; a brand new headlining tour announcement. On Monday (Feb. 6), the California-founded band announced plans to hit the North American road once again this spring. The upcoming tour will kick off on March 22 at the Austin 360 Amphitheater in Austin, Texas and wrap up about a month and a half later on May 9 at the UNO Lakefront Arena in New Orleans.

Hitting the road alongside the pop-punk trio as supporting acts will be The Naked and the Famous and Wavves. Tickets for most of the new, headlining shows will go on sale beginning this Friday, Feb. 10 at 10 a.m. local time. a handful of shows will then go on sale Saturday, Feb. 11.

While bassist/vocalist Mark Hoppus teased in a Twitter Q&A session about the band releasing some new music, what has been confirmed is that band will be releasing a deluxe edition of their recently released record, California. According to drummer Travis Barker, the deluxe edition of the group’s seventh studio album “almost should be a new album.” since there has been no further information given about the upcoming release, we should probably take Barker’s word for it. For now, the group’s complete itinerary for the spring can be seen below.