Black Veil Brides may be momentarily on hold, but don’t expect frontman Andy Biersack to be taking a break. On Tuesday (Nov. 15), it was announced that Biersack and his side project, Andy Black, will be hitting the road in early 2017. The tour, which will be the final leg of his “Homecoming” tour, is set to kick off on Feb. 9 at the Chameleon Club in Lancaster, PA. “The Homecoming Tour: Curtain Call” will then wrap up a little under a month later on March 3 at the Glasshouse in Pomona, CA.

Tickets will go on sale beginning this Friday, Nov. 18. VIP packages will be available beginning Monday, Nov. 21. The final “Homecoming” trek will feature support from William Control and Palaye Royale.

The “Homecoming” tour, and its various excusrions, have been in support of the act’s debut album, The Shadow Side. The record was released earlier this year and featured guest appearances from several musicians including 5 Seconds of Summer’s Ashton Irwin and former My Chemical Romance members, Gerard and Mikey Way. For now, the upcoming schedule for “The Homecoming Tour: Curtain Call” can be seen below. 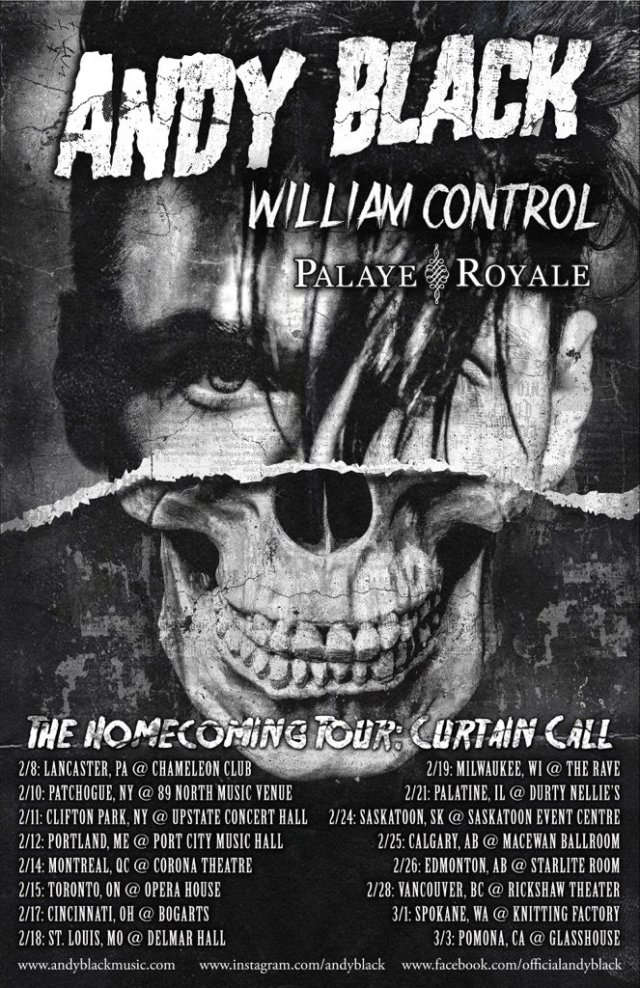