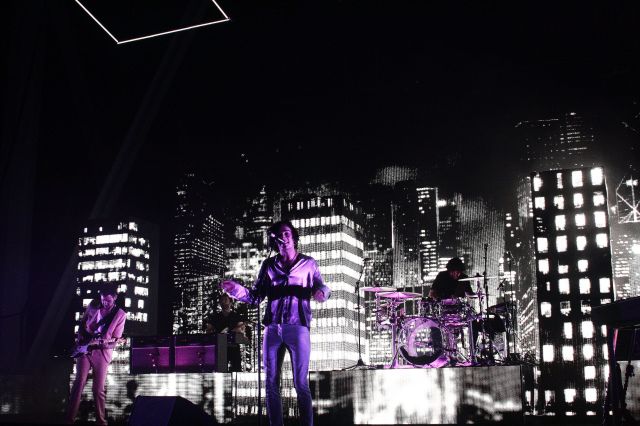 The 1975 has returned with a brand new music video. On Thursday (July 7), the British band released the music video for their latest single, “Somebody Else.” The clip picks up at the end where their previous video, “A Change of Heart” leaves off. The clown, played by frontman Matty Healy, returns to his home which appears to be a trailer. Like the previous clip, everything is still in black-and-white. As he walks into his home, we see him shed his clown persona and dresses up as the frontman fans of the band have gotten to know. As he changes, we hear what we assume to be a studio audience clapping and cheering randomly in the background as if this guy’s life was just some comedy skit.

Once he completely changed, Healy leaves the black-and-white life for the colorful, but also dark, the city. As he goes about the city, we see him skateboarding by himself (and eating it at one point), get some pitiful looks from diner customers as he silently cries, goes to a bar and gets drunk, and eventually ends up at a strip club where he goes home with a stripper. Let’s just say, the video does quite end there and it’s a little bit of a twist to the story. Watch the music video for “Somebody Else.”

“Somebody Else” is featured on The 1975’s recently released record, I Like It When You Sleep, For You Are So Beautiful Yet So Unaware Of It. In support of the new album, the band has been heavily touring behind it and still has months of shows left. They will wrap up their massively successful year by performing at London’s O2 Arena in December.