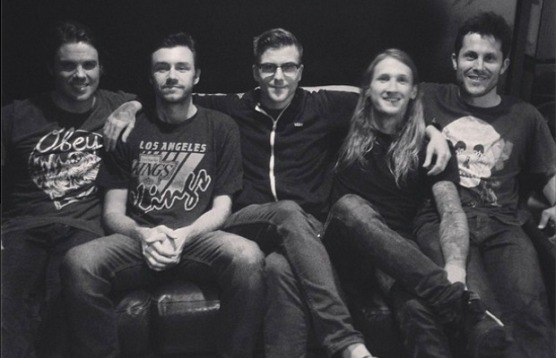 In the last month or so, Saosin has not only confirmed the upcoming release of a new album, but also has given their fans two new tracks from it. On Wednesday (April 27), the California-base band debuted another new track from the impending album. “Control and the Urge to Pray” premiered exclusively on Billboard earlier in the say. The new clip, very much like “Racing Toward a Red Light” and lead single “The Silver String,” has the band performing in what appear to be a rehearsal space. Most of us can assume it’s the newly reunited band rehearing before they head out on tour this summer.

“This was a song that we knew we had to see through,” bassist Chris Sorenson told Billboard. “The demo started off very differently and we were unsure if it would fit into the way the record was shaping. But once vocals were demoed and a few things were moved around we knew that it was something very powerful.” Check out the music video for “Control and the Urge to Pray” below.

“Control and the Urge to Pray” will join “Racing Toward a Red Light” and “The Silver String” on the band’s upcoming new album, Along the Shadow. Along the Shadow is set to be released on May 20 through Epitaph Records and is the follow-up to 2009’s In Search of Solid Ground.