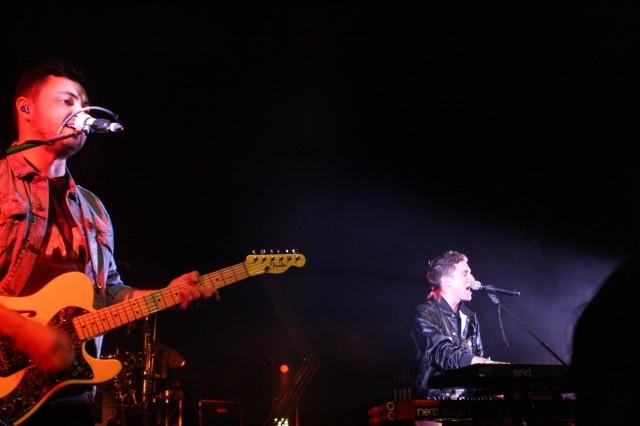 Walk the Moon’s summer was supposed to be packed with a lengthy tour, but now, some unforeseen circumstances has cancelled the trek. On Friday (April 15), the band took to Facebook to announce that their summer “Work This Body” tour has been cancelled. While some fans might be heartbroken about the cancellation, the band’s reasoning is one that can be understood. In the Facebook statement, the band reveals that frontman Nick Petricca’s father has been suffering from early-onset Alzheimer’s for sometime.

At the time of the “Work This Body” tour  announcement back in February, the issue was not as severe, but as time passed on, it was evident that Petricca needed to be home with his family. Instead of cancelling all their upcoming engagements, the band has confirmed that they will play their shows in May which includes West Palm Beach’s annual SunFest. As for their July and August shows, the group has revealed that tickets will be refunded. Walk the Moon’s complete statement about the cancellation can be read below.

We are deeply sorry to say that due to a serious illness in Nick’s family, we must cancel this summer’s Work This Body Tour. For many years now, Nick’s dad has been suffering from Early-Onset Alzheimer’s Disease. Unfortunately, it’s reached a point where he needs to come home and focus on his family for a while. Out of respect for the immediate commitments we’ve made, we will play out the rest of our shoes in May- after that, we will be taking a break from the road. All tickets to our headline shows in July + August will be refunded. With a heavy heart we send our gratitude out to our team, out industry friends, and most importantly our fans for their understanding and support. Through this time, it continues to be our dream and our mission to take the darkness in our lives and mold it into light + color. The only way out is through. <+>

The “Work This Body” tour was supposed to be in support of their 2014 album, Talking is Hard. Last year, the group tour extensively behind the record as well.