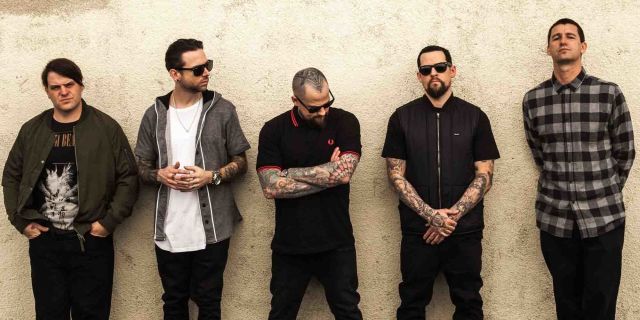 Good Charlotte’s new album is officially heading our way this summer. After many months of quiet and then some teasing, the Maryland-based band has confirmed the release of their much-anticipated new album. On Wednesday (March 30), the newly reunited band took to social media with a 15-second clip of a video. In the same post, they advise fans that there was a longer video on Apple.

The two-minute clips takes place in a dark room with a domino effect set up. It begins with a set of dominoes being knocked over which gives way to a CDs and eventually a marble making the journey across the room. As the marble goes through the obstacle course, the viewer gets to see short clips from the band’s past. Clips include an appearance on TRL, an interview with the band about who was chosen for what role, and footage of them winning the “Viewer’s Choice” MTV Video Music Award in 2003 for “The Lifestyles of the Rich and the Famous.”

As the clip wraps, the shot turns dark with the information everyone has been waiting months for; the release date for their album. Good Charlotte’s sixth studio album, which is still untitled, is set to be released on July 15. The release of the new album will coincide with the beginning of the band’s turn on the 2016 Vans Warped tour which will begin on July 19. The clip for Good Charlotte’s new album announcement can be seen here.

Earlier this month, it was announced that the new record will feature several guests including Sleeping With Sirens’ Kellin Quinn and Biffy Clyro’s Simon Neil. Back in November of 2015, the band released the lead single from the record, “Makeshift Love,” though at the time it was just speculation that a new album would be in the future for them. The still-untitled record will be the follow-up to 2010’s Cardiology; their last album before the group went on their five-year hiatus.