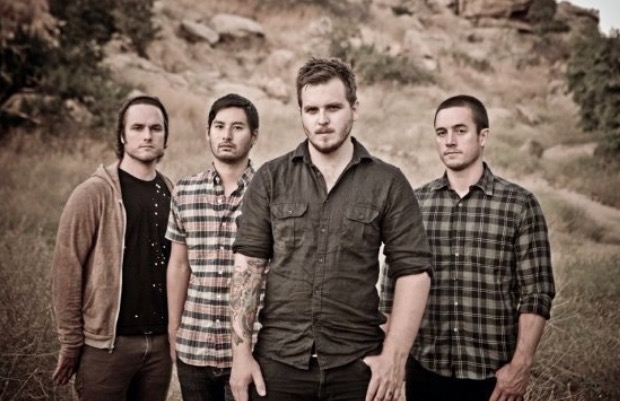 A little over a week after teasing fans with a short clip on Twitter, and a couple of days after confirming the title of their new record, Thrice’s return is now official. On Thursday (March 24), the California-based band uploaded their first single off of their upcoming album, To Be Everywhere Is To Be Nowhere. The new track is titled “Blood on the Sand” and can currently be streamed below.

“Blood on the Sand” marks Thrice’s new song in five years with their last release being 2011’s Major/Minor. To Be Everywhere Is To Be Nowhere is set to be released on May 27 through  Vagrant Records. Pre-orders for the album are currently available on iTunes, Amazon, and on the band’s website.

The album art and track list can be seen below.

TO BE EVERYWHERE IS TO BE NOWHERE TRACK LIST:

In support of the recently named new album, Thrice will be hitting the road later this summer. The group will be visiting a slew of locations across North America. The tour, which will also feature La Dispute and Gates, will kick off on June 3 at the Shrine Expo Hall in Los Angeles and wrap up on June 25 at the Summit Music Hall in Denver. The complete list of upcoming summer tour dates can be seen here.