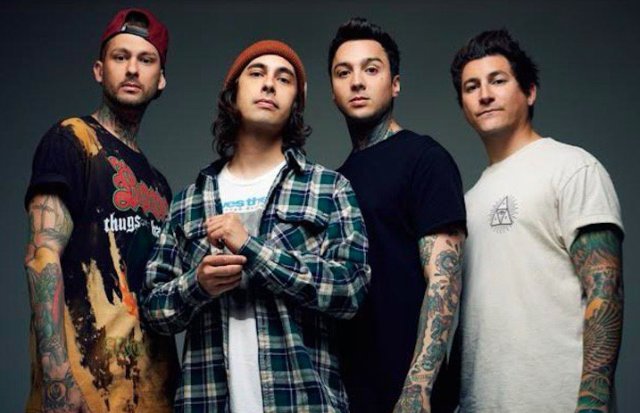 It’s going to be a year since Pierce the Veil released their last new song, “The Divine Zero.” On Thursday (March 24), things changed for fans of the California-based band. As promised last Friday when they confirmed the release of their upcoming fourth studio album, the band released the lead single from the impending release, “Texas is Forever.”

“‘Texas is Forever’ is a fast song, the fastest song we’ve ever done,” explains Pierce the Veil bassist Jaime Preciado about the over three-minute track. “It goes back to our roots and is going to be a fun song to play live,” added frontman Vic Fuentes. “It’s purely a self-indulgent song for us because it’s really fast and that’s what we grew up listening to. Lyrically, it closes the book on a relationship that I’ve been singing about over the last three albums.”

Thursday also marks the first day fans of PTV can start placing their order for Misadventures. Those who pre-order the record ahead of time will receive an instant-grat download of “Texas is Forever.” Misadventures is set to be released on May 13 through Fearless Records and is the follow-up to 2012’s hit album, Collide with the Sky.

The upcoming release was produced by Dan Korneff whose credits include Motionless in White, Sleeping with Sirens, and Pierce the Veil’s own Collide with the Sky.