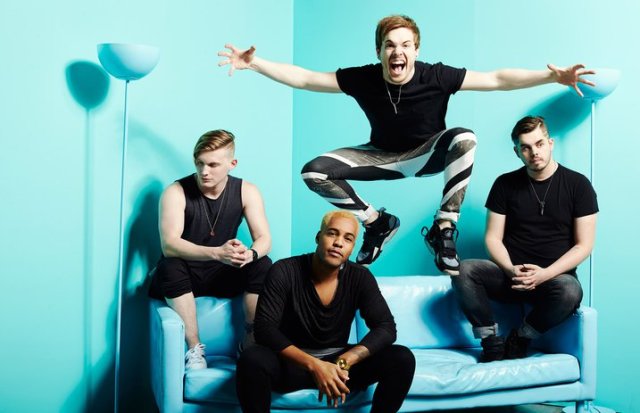 Set It Off is currently in the middle of their co-headlining “Fight for Something” tour with Tonight Alive, but now the band is allowing their fans to heard the first single off of their much-anticipated new record. On Thursday (March 17), the Florida-based band released the lead single from their upcoming, still-untitled new record; a track titled “Uncontainable.”

“If there’s one thing Set It Off knows it’s struggle. We know nothing worth having in this life comes easy and there have been many instances and many people in our lives lately that try their best to bring us down. This is our message to those people that force their way into our lives to try and break us—you won’t,” explains Set It Off frontman Cody Carson about the new song.

“Bring it on, we’re Set It Off and we never back down from a fight. This is only the beginning, so turn up our new song “Uncontainable,” feel the energy, and take over the world.” Watch the music video for “Uncontainable” below.

While this is a move in the right direction, it appears that Carson is still mum on the name and release data for the upcoming album. It is projected that the new record will be released some time this summer. Instead, he teases that the new album might be the band’s best record to date.

“‘Uncontainable’ is just the tip of the iceberg. We’re very proud of this song and this video but as far as we’re concerned it’s just going to get better from here,” says Carson. “We can’t wait to show you all of our new songs, we’ve never had a team so excited about anything in our lives. So be patient and prepare yourself for the best record Set It Off has put together to date!”

“Uncontainable” will be available on iTunes and Spotify beginning this Friday, March 17.

REMAINING “FIGHT FOR SOMETHING” TOUR DATES: