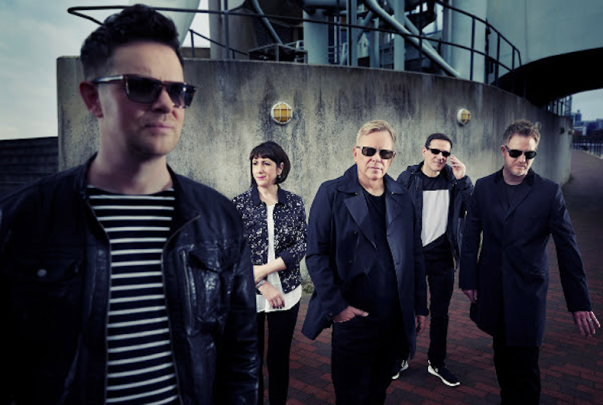 Hot off the release of their new album, Music Complete, New Order has announced a short tour for the spring. On Tuesday (Feb. 2), the ’80s band announced plans to hit the road this March. The trek will kick off on March 10 at Radio City Music Hall in New York City and wrap up two weeks later on March 23 at the Fillmore Miami Beach. After a big gap, they will beginning their summer music festival excursion on June 16 at the Sonar Festival in Barcelona. Their summer music festival appearances will come to a close on August 13 at the Oya Festival in Osla, Norway. The complete list of tour dates can be seen below.

Tickets for the upcoming concerts are scheduled to go on sale beginning this Friday, Feb. 5, at 10 am local time. In addition to the newly announced tour dates, the new wave band has also unveiled a brand new website called “Singularity: The Influence of New Order.” The website features remixes of several songs including the website’s namesake, “Singularity.” Fans of the band have also been invited to contribute to the website by creating “something that shows how the band has influenced their life.”

Currently, there are several mixtapes and covers including Cold Cave’s cover of “Your Silent Face”; Chromatics’ cover of “Ceremony”; New Order’s very own remix of “Tutti Frutti”; and a mixtape curated by The Cure’s Robert Smith.