What is a band to do after they release their highly anticipated new album after months of dropping new songs? Well, announced a major summer tour of course. On Friday (Jan. 15), Panic! at the Disco did just that when they announced they would be hitting the road in support of their recently released fifth studio album. The Las Vegas-based band also announced that they will be hitting the road alongside Weezer while Andrew McMahon in the Wilderness will be the special guest for most of the trek.

The co-headlining tour will begin on June 10 at the Cynthia Woods Mitchell Pavilion in The Woodlands, TX.  After being on the road for about two months, the excursion will end on Aug. 6 at the Irvine Meadows Amphitheatre in Irvine, CA. Pre-sales for the summer tour will begin on Tuesday, Jan. 19 at 10 am local time. General admission tickets will then go on sale beginning on Friday, Jan. 22. The complete list of summer tour dates can be seen below. 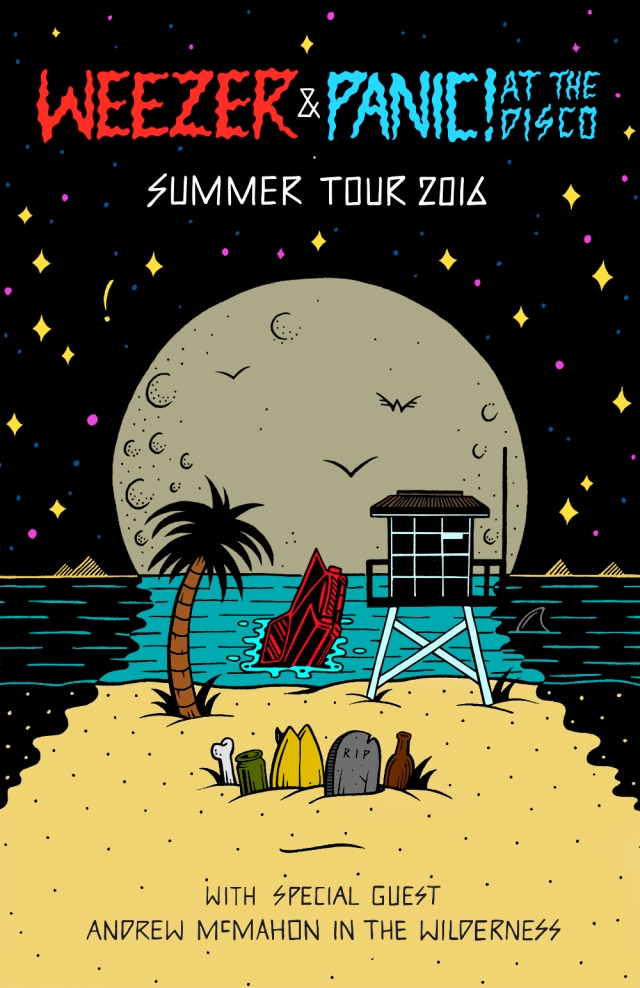 PANIC! AT THE DISCO/WEEZER SUMMER 2016 TOUR:

* Weezer and Panic! At The Disco only

Panic! at the Disco’s new studio album, Death of a Bachelor, was released last Friday, Jan. 15 through Fueled by Ramen/DCD2. As for Weezer, the California band recently confirmed that they will be releasing a brand new album this year. Speculation of a new album began late last year when they released two new song, “Thank God for Girls” and “Do You Wanna Get High?,” but never elaborated further than that.

The band’s new album will be the latest addition to their self-titled series. The White Album will join 1994’s The Blue Album and 2001’s The Green Album. According to the band, The White Album is scheduled to be released on April 1.