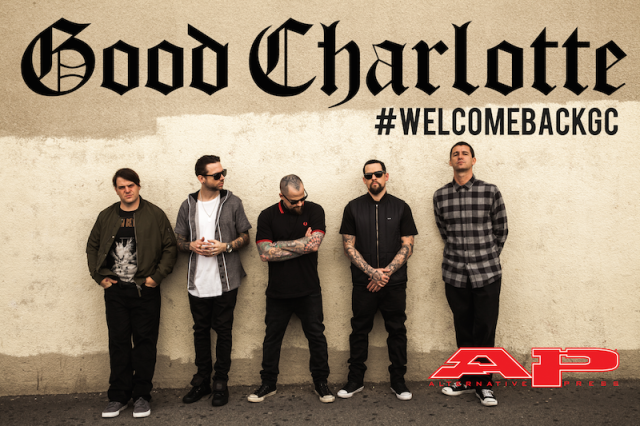 If you’re a fan of pop-punk music and happen to live in the United Kingdom, well get ready to have a rocking good time in February. On Monday (Nov. 9), it was announced that newly reunited Good Charlotte will be hitting the road alongside All Time Low during the UK leg of the “Something’s Gotta Give” group’s “Back to the Future Hears Tour.”

Check out the official trailer for the tour below which also features all the stops the bands will be making while they are across the pond. Tickets for the tour stops are currently available, but if you want to go, you might want to think fast and get them as soon as you can.

Last week, Good Charlotte unveiled the slew of good news to fans. The parade of good news began with a simple social media post of #WelcomeBackGC. Since then, the Maryland-based band have unveiled a new single, announced a “one night only” show in Los Angeles, and now will be hitting the road in the new year with a fellow home state band that they no doubt influenced in some way.

Not too shabby for a band that had been on hiatus for five years.