Following the release of two songs from their upcoming new album, To Those Left Behind, Blessthefall has now announced that they will be hitting the road in support of the new album this October.

The “To Those Left Behind Tour” will kick off on Oct. 20 at Club XS in Tucson, AZ and wrap up a month later on Nov. 22 at the House of Blues in Anaheim, CA. Joining the Arizona-based band on tour will be Stick to Your Guns, Emarosa, Oceans Ate Alaska, and Cane Hill.

General admission tickets for the tour will go on sale beginning this Friday, Aug. 14 at 10 a.m. local time. For those hardcore fans of the band, they will be offering some VIP tickets which are currently available here. The VIP tickets will include: a ticket for the show, a meet and greet with the band, a Q&A session, a photo with the group, a poster to be signed at the meet and greet, and digital download of the new album.

The full list of tour dates can be seen below. 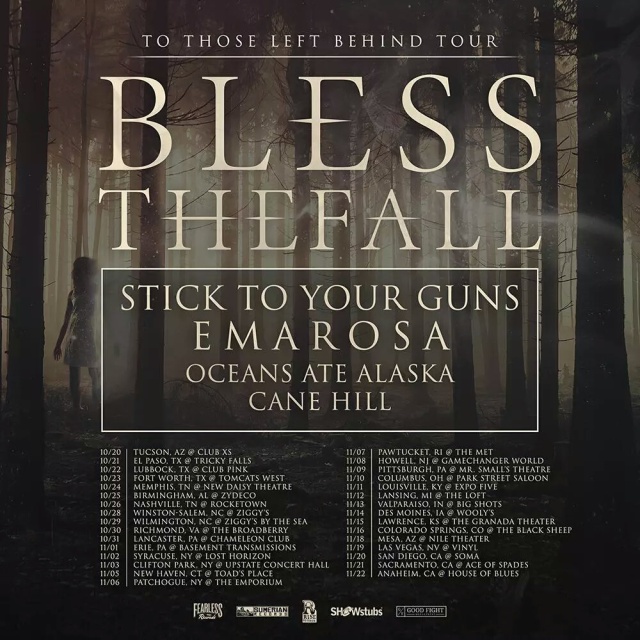 To Those Left Behind will be released on Sept. 18 through Fearless Records. Pre-orders for the album can currently be purchased on the band’s website.