Check out CHVRCHES new single, “Leave a Trace” below.

After someone leaked the information surrounding CHVRCHES’ new album, the Scottish pop trio decided to go ahead and confirm the news themselves on Tumblr.

In the post, they confirmed the new album will be titled Every Open Eye and is set to be released in September. In addition to the name of the sophomore record, the group also revealed the track list, cover art, and that the lead single from the impending album would make its debut on Thursday (today, July 16) on BBC Radio 1.

But before the band could get to debuting the lead single on the radio, they went ahead and debuted three new tracks during their set at Ottawa’s RBC Royal Bank Bluesfest on Wednesday.

The three tracks, which can be seen below, are “Make Them Gold,” “Clearest Blue,” and “Leave a Trace.”

As the uploader warns, it’s not the best audio in the world due to where they were stand (in front of the speakers), but something is better than nothing. 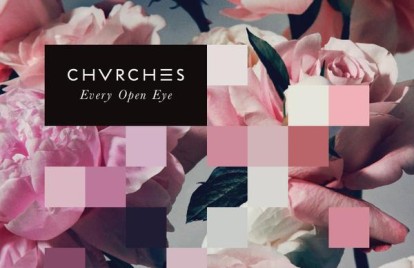 Every Open Eye is the follow-up to 2013’s The Bones of What You Believe and is set to be released on Sept. 25.