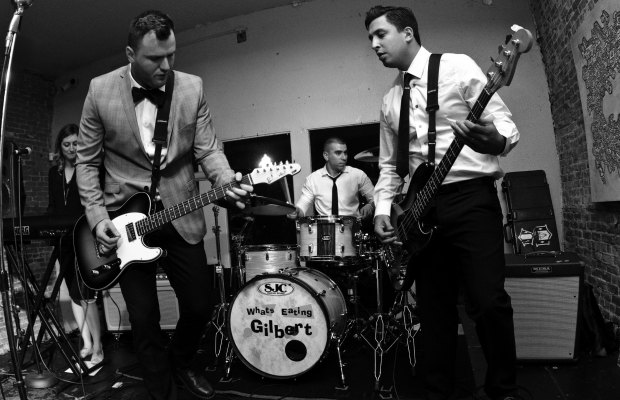 With the release of their new album today, What’s Eating Gilbert are giving those fans who haven’t received their record yet, the chance to stream another new song from That New Sound You’re Looking For.

The new song is titled “Follow Her Around,” and very much like the first single off of the album, “You’re the Most,” the song makes you feel like you’ve transported back in time to the ’50s with poodle skirts, sock hops, and all.

For the complete list of upcoming tour dates, head on over here.