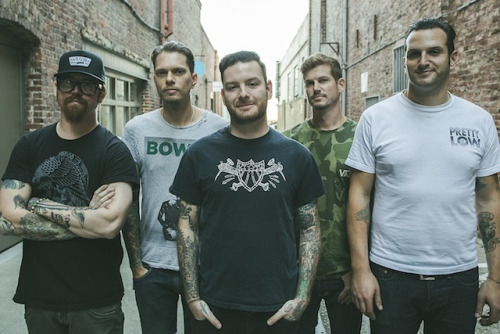 With a week left until the release of their sixth studio album, Senses Fail are giving fans the chance to listen to Pull the Thorns From Your Heart a little bit ahead of time.

Previously, the band debuted several tracks from the impending release including “The Courage of an Open Heart,” “Wounds,” lead single “The Importance of the Moment of Death” and the recently released “Carry the Weight.”

In a cool twist, instead of just making it a straight stream of the new record, frontman Buddy Nielsen recorded commentaries for each individual track, giving fans a deeper look at each of the songs and their meanings.

Listen to Pull the Thorns From Your Heart below as well as the commentaries after each track is played.

Pull the Thorns From Your Heart is set to be released next Tuesday, June 30 through Pure Noise Records.

Don’t forget to catch the New Jersey punks this Summer on the Vans Warped Tour which kicked off its 2015 run last Friday, June 19.