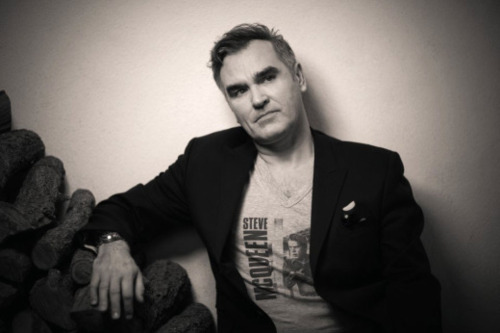 Make room America, it looks like Morrissey is returning…well at least he’s going to try to.

After his last disastrous attempts to tour the United States, the Moz will be coming back a year after all the mishaps forced him to cancel all American 2014 dates.

If you remember, there were several health-centric mishaps that forced the former Smiths frontman to not only cancel dates, but also fire his opening act.

But, it appears all that is in the past and he will be trying, once again, to give the US some shows.

The new tour will kick off on June 11 at New Orleans’ Saenger Theater and then wrap up on June 25 at San Jose’s San Jose Event Center. Blondie and former Dresden Doll, Amanda Palmer will serve as separate support for two select dates which can be seen below.

Morrissey’s previously cancelled tours were in support of his recently released album, 2014’s World Peace Is None Of Your Business. The record was released through Capitol Records imprint, Harvest Records. If the label sounds familiar, it’s because we covered the legal drama that had risen when Morrissey claimed that the label had dropped him because his album’s sale weren’t great.

As of now (more than six months later) we still don’t what the outcome was, but last we heard, Morrissey is still on the line for one more album for them.