Canada’s Amnesia Rockfest will be celebrating its tenth anniversary in a big way this year with artists like System of a Down, Linkin Park, The Offspring, and Slayer making the trip to Montebello, QC for the weekend-long festivities.

But even with the big name headliners for this year’s event, it looks like the theme might be reunions and anniversaries. One of the several bands reuniting this year at the show will be Thrice, who officially said good-bye to fans in 2012.

Late last year, the band posted a cryptic photograph on their social media accounts with the band’s name and “2015.” Since then, there have been no updates unless you count frontman Dustin Kensrue releasing a new song yesterday or drummer Riley Breckenridge being part of Angels and Airwaves.

The new year is a month and a half in and it looks like one of the big things coming for them in 2015 is a reunion at the show. The timing of the reunion couldn’t come at a better time for fans of the California band since their fourth studio record, Vheissu, turns ten in October.

Sadly, this is as close as we have gotten to any updates from the Thrice camp.

But don’t leave it to Thrice to have all the fun during the weekend; Refused, From Autumn to Ashes and Atreyu will all be reuniting during the weekend-long festival. but like we said, it seems Amnesia is taking a page out of Riot Fest’s book and having bands performing some important albums from their discography in full.

Check out the full line-up below. 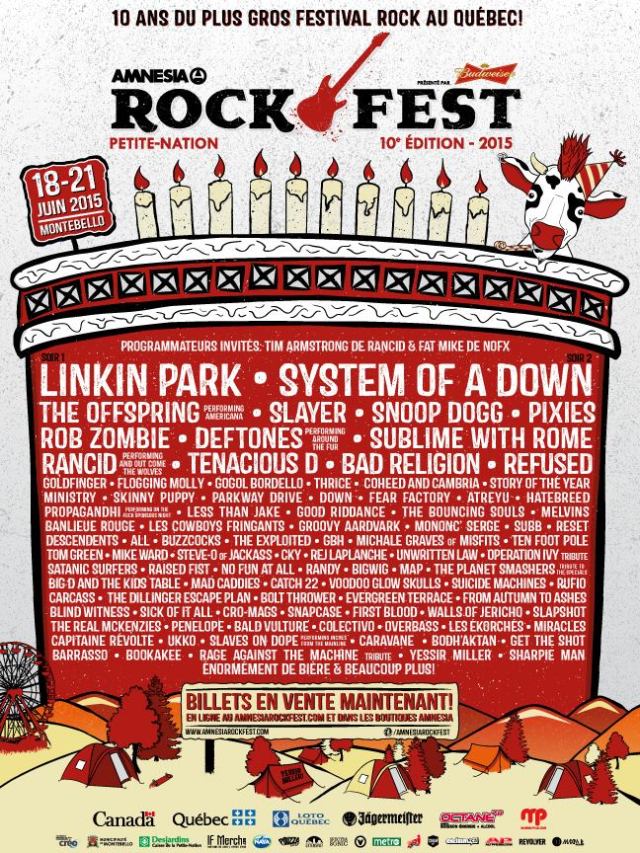 Amnesia Rockfest will take place during the weekend of June 18-21.