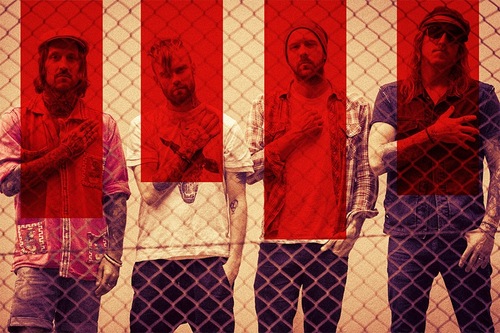 The Used may have been down a member this time last week, but the band didn’t let that stop them with their full schedule of touring.

Today, the four-piece announced they will be heading out on another tour immediately after their tour with Every Time I Die wraps on May 2. Opening acts, Marmozet will be sticking around for the second tour.

The Used/Chevelle co-headlining tour will begin on May 4 in Birmingham, AL at Iron City and wrap up on May 22 in Chicago at the Aragon Ballroom. Pre-sales will begin today at 2 p.m. local time while general ticket sales will be available on Friday, Feb. 13 at 10 a.m., local time.

Check out the tour dates below. 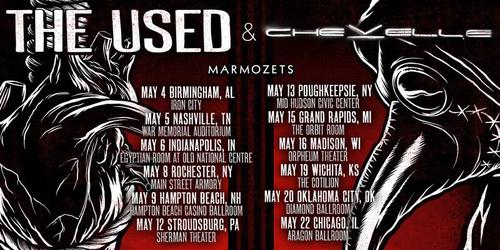 Recently, the Utah based band revealed that their longtime guitarist Quinn Allman has decided to take a year-long break from the band. Taking his vacant spot during upcoming shows and appearances will be Saosin guitarist, Justin Shekoski.