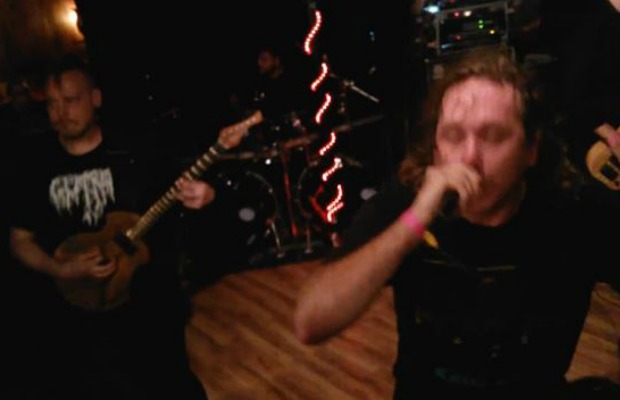 We all know that things tend to get a little rowdy when we go to concert, especially in the mosh pit, but some guy at a Cattle Decapitation show last night in California, took things a little too far.

According to local news station, NBC Los Angeles, a man in the crowd “got upset” after being pushed around in the mosh pit, so he took out a knife and cut another man on the side of the neck.

NBCLA also reported that the victim was taken to a local hospital with non-life threatening injuries. As for the attacker, other attendees managed to disarm him by attacking and knocking the knife out of his hand. The guy was also knocked unconscious. Police say that he will be charged with assault with a deadly weapon.

An attendee at the show, who according to his statement was the one responsible for getting the weapon out of the attackers hand spoke to Lambgoat about what happened.

“Ok so for those of you that don’t know Yes some one got sliced not stabbed at the Cattle D show. The guy that got sliced apparently hit a female who tried to hit him (or did hit him).

Females boyfriend sliced the dude that hit her everyone jumped on the guy with the knife and I may have broke the dudes finger taking the knife from him.

I was called a hero (I think jokingly) but the cops didn’t see it that way. For those of you that didn’t realize that was me in cuffs leaned up against Cattle Decapitation trailer.

In my opinion both guys are idiots Cattles set got cut by 5 songs and that spot might lose their live entertainment permit.