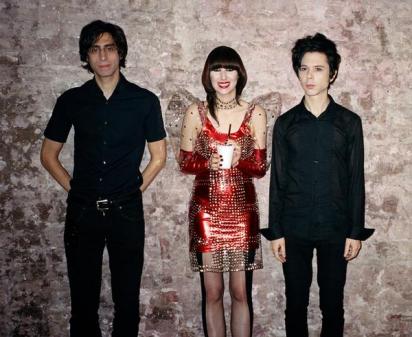 Karen O. officially released her solo album a few months ago, but for fans of the Yeah Yeah Yeahs, she has some bad news for them; there’s currently no new music on the horizon.

During an interview with NME, the songstress revealed that the group are currently on “a bit of a hiatus.” When O. announced plans to release a solo album, understandably, fans began to panic that it would be the end of the “Heads Will Roll” trio.

But, O.’s solo record isn’t the reason that the band have decided to go into hibernation for a while; it seems that the inspiration bug just hasn’t bitten them in a while.

“We have to wait to get the urge, get that itch,” she said.

“The time needs to be right and we’re OK waiting for that, I think.”

Some speculation arose that the reason a new album was not in the cards for the near future might have been attributed to their last album, 2013’s Mosquito getting a lukewarm reception when it was released, but O. makes sure to nip that in the bud by defending last year’s release.

“All you can do is try to make albums you can stand by and be proud of, that are a snapshot of where you were at the time. It won’t stop us, nothing like that.”

O.’s seems to be OK with the hiatus and even reassured fans that the break will not affect the band.

“It’ll be like muscle memory,” she said. “This unspoken thing between the three of us where it all just…locks in.”