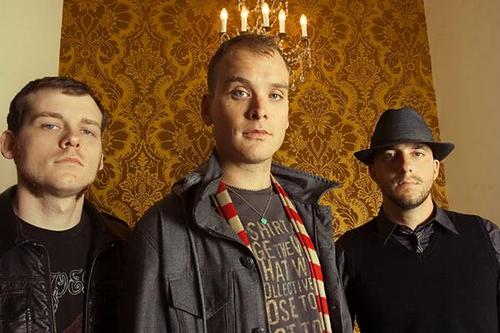 Alkaline Trio have been quiet for sometime now, except for their appearances at Riot Fest earlier this year, so how else would you return to the forefront of fans’ minds than with a big and really cool announcement.

Today, the Illinois-based band announced that they will be going out on a very short tour where they will play all eight of their albums over a four night span, in eight different cities.

Alkaline Trio will spend four days in one city where each night they will perform two of their albums in full.

If you’re still confused about it, just check out the flyer for the event below which also displays the cities they will be performing at as well as the dates. 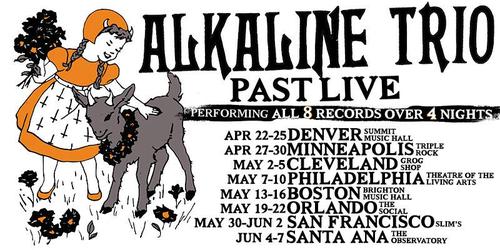 Alkaline Trio’s most recent release was actually a twofer. The band released two albums on the same day in 2012; one titled My Shame is True and another, an EP, titled Broken Wing.