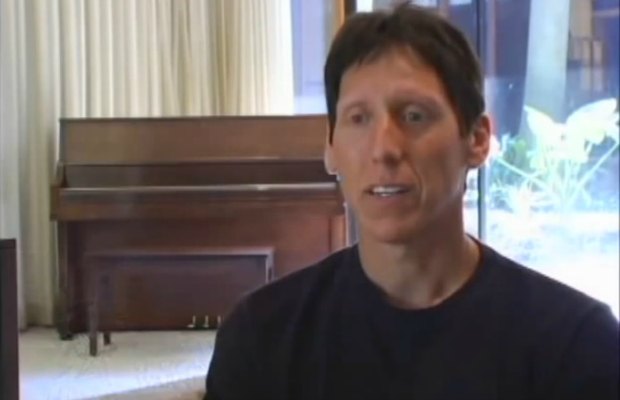 Normally, hearing that someone from a record label passed away doesn’t really make headlines, but sometimes that person played a key role in discovering some of your favorite bands. In news that feels like a dagger to the heart, the A&R guy responsible for discovering many of the bands that helped shape our music taste and love of music, passed away.

According to several music publications including Billboard and Alternative Press, Craig Aaronson famed A&R guy from Warner Bros., passed away after a lengthy battle with cancer.

Many artists, including those that he played a key role in discovering, have already taken to Twitter to express their condolences. Here are just some of the ones that we have found on our Twitter feed with more coming as the day progresses.

Rest in peace Craig. You gave us fire, hope, and love. Thank you.

News of a death is always heavy. I'm taking the rest of the night off y'all. Love the ones you got.

RIP Craig Aaronson. So sad. He was a great friend who taught me alot and played a huge part in my career.

RIP to the nicest, most caring person I have ever met! Even through the end you lived your life to the fullest! See you again Craig Aaronson

RIP Craig Aaronson – One of the few who believed. Thank you for giving me the confidence & opportunity to follow my dreams.

Just received heartbreaking news. The world lost a visionary man today whom I owe my career to! So sad.. Signing off for now RIP C. Aaronson

It's with great sadness in our hearts that we write this message to you all. An integral part of our A7X family has passed away. Craig Aaronson was one of the driving forces behind our decision to sign with Warner Brothers Records back in 2004 along with Tom Whalley and Andy Olyphant. We had heard horror stories about independent bands signing with major labels so when we first met Craig we were skeptical. We ended up trusting him and Warner Brothers Records and in the end we are glad that we did. Craig had not only been a personal friend to us through the years, but also helped spearhead many of the bands successes, including allowing us to have complete creative control throughout all of our albums. No matter what we handed into the label he would get behind it and go to work. Our manager Larry Jacobson has always said working with Craig was like working with a partner, always agreeable even when you disagreed, and because of that, A7X and WBR got so many good things done together. A couple of years ago Craig left Warner Brothers to do other things, we were saddened by his decision but realized he needed to move on. A few months later we were informed that Craig had been diagnosed with terminal brain cancer. While on chemo Craig still made it out to our Hail to the King album release show in Los Angeles earlier this year. We were all blown away by his dedication and will to live. Sadly, yesterday he lost the battle against cancer. He is survived by an amazing wife and kids. We will always be grateful to Craig and everything he has done for us. He has done the same for many other countless bands and without a doubt will be sorely missed. Thank you for everything Craig. Love A7X P.S. Life is too short, spend some extra time with the ones you love today.

Aaronson was most well-know for bringing bands such as My Chemical Romance, The Used, Jimmy Eat World, Taking Back Sunday, Avenged Sevenfold, Against Me! and more to the label and helping them reach success.

If anyone needs an example of Aaronson’s enthusiasm for the bands he helped discover and love of his job, the perfect example can be found on MCR’s first DVD, Life on the Murder Scene where we see Aaronson listening to some new tracks the band were working on at the time and how passionately excited he got while listening to them.

Aaronson kicked off his lengthy resume of successful bands by signing Jimmy Eat World back in 1995 to Capitol before leaving and getting his job at Warner Bros. Jimmy Eat World recently wrote about that and how when they had no money, Aaronson had let them sleep in his house.

All we can say is thank you very much for discovering those bands and we owe you a lot, Craig. You had a role in helping shape who we are today.