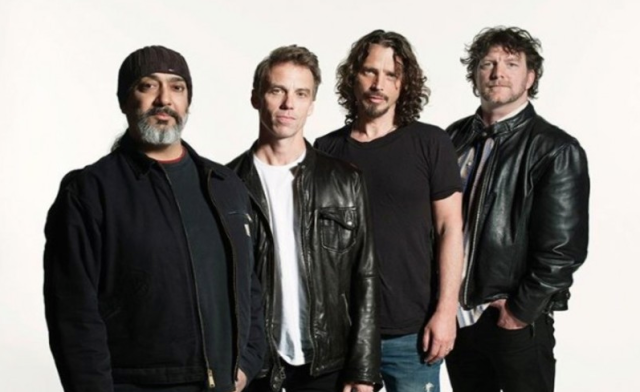 After making an appearance at Neil Young’s annual Bridge School Benefit this past weekend where Chris Cornell joined Pearl Jam as they covered Temple of the Dog’s “Hunger Strike,” Soundgarden have dropped a new song.

The song is titled “Storm” and is their first new piece of music since the released of 2012’s King Animal.

The song comes as a surprise for fans of the grunge band especially because there was no indication that any new music was on the way or being recorded for that matter, even if they had recently wrapped up a tour.

But like Consequence of Sound pointed out that the song might be one of the unreleased tracks featured on “long-in-the-works” B-side and rarities compilation; a song titled “The Storm” is listed in the tracklisting for the compilation

Then again, only Soundgarden will know the origins of the dark and brooding new song. Listen to it below.