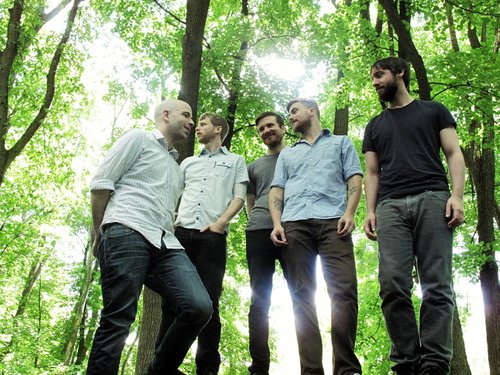 Amazon has a way of ruining surprises for bands who are about to make big announcement about upcoming new music and Circa Survive became another causality of the mega online marketplace’s advanced posting.

Today, Amazon revealed on their website that Circa would be releasing a new album in November through Sumerian Records, the record label that just last month released a deluxe edition CD/DVD of their fourth studio album, Violent Waves.

With the surprise already out there, the band went ahead and confirmed the news by releasing a trailer for the upcoming album on YouTube.

The record, the bands fifth studio album, will be titled Descensus and is set to be released on Nov. 24; just in time for hardcore circa fans to be thankful.

Pre-orders for the record will begin on Oct. 27, the same day a new song will debut. We’re putting our money on the track being the one in the trailer.

Watch the trailer and hear the new song here.

In a recent Reddit AMA interview, Sumerian founder, Ash Avildsen, confirmed the band’s addition to their roster following the decision to re-release the Violent Waves CD/DVD pack though them.

“It couldn’t have been more awesome. I’ve been a huge fan ever since they started and their drummer (Steve Clifford) is a close friend who I used to be in a band with. We toured DIY over 10 years ago before Myspace or Facebook when it was a whole different era in music. The new record is absolutely incredible. I can’t wait until we can show it to the world! Anthony and the guys are absolutely amazing to work with too. True artists full of great ideas and passion.”

Back in August, the band announced they would be heading out on tour at the beginning of November with Title Fight and Pianos Become the Teeth. Full tour dates for that can be seen here.