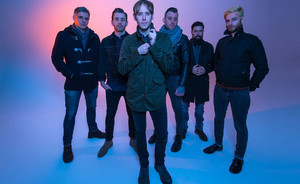 It’s been a few months since the remaining members of Lostprophets joined forces with Thursday’s Geoff Rickly to create a new band named No Devotion. Since announcing the formation of the band, Rickly and company have unveiled two songs from the group.

The first song, “Stay” was released on a 12-inch through Rickly’s record label, Collect Records. On the B-side of the record, the group released another track titled “Eyeshadow” which has now gotten the music video treatment.

As of now, there has been no word on a full length album, but we can assume one is coming soon since it was just confirmed that No Devotion will be heading out on tour with Neon Trees for their “First Things First Tour.”

In addition to the Neon Trees tour, No Devotion have announced a couple of headlining tour dates which can be seen below.

NO DEVOTION TOUR DATES (with NEON TREES and SOLO DATES):