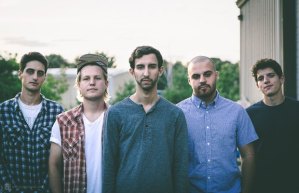 Fans of Transit were hit with some sad news this past Friday, though some fans aren’t too shock by it. Founding member and guitarist, Tim Landers announced on Facebook that he had left the band that he had been a part of since the beginning. In the post, which was simple and to the point, Lander revealed that he d left the band, but that did not mean it was the end of his musical endeavors.

Lander said that he will be “pursuing other musical outlets” which will include his side projects, Off & On and Misser. Read his statement below.

“It is with a heavy heart that I say this: Transit and I have parted ways.

Support the rest of the guys with their new music and touring. I will be pursuing other musical outlets.

Thanks to anyone that has supported me making music in any way/shape/form over the last decade.

There is so much more to come.”

But today, Landers has taken to Twitter to writ some strange messages to his followers. At first, the posts began with him thanking the fans for being understanding and then change to him admitting that he did contribute to Transit’s new album, Joyride. He writes that he assumes that the tracks he did contribute to would no longer be featured on the new record which is due out on October 21 through Rise Records.

Check out Landers’ tweets below.

I sincerely appreciate the support from anyone responding to the news of Transit and I parting ways. I am a lucky man to do what I love.

I know for sure the band will rock on without me, as they are all talented individuals. Don't think any differently. As for Joyride…

I did write and contribute to the album with Transit. Alas, I have been led to believe that anything I physically tracked is not on Joyride.

I am sure it is great.

For me: you will hear much new music from @weareoffandon soon- that's is where my head and hands have been.

To anyone asking about @missermusic , Brad and I worked on some songs together when he was last in Boston. More music in the future.

It has now been several days since Landers announced his departure from the band, but they have yet to release a statement on their own about it. Transit are so far scheduled to hit the touring circuit in October in support of Joyride. Some tour dates can be seen in the official flyer. 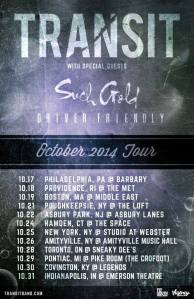